SASK. LANDLORDS LOSE MILLIONS DUE TO PANDEMIC, ASK FOR EVICTIONS SUSPENSIONS TO BE LIFTED 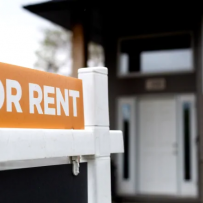 It’s the start of a new month and for some that means rent’s due. For others, it could mean another missed payment that may not be recouped.

In March, the government suspended residential evictions due to the COVID-19 pandemic.

Cameron Choquette, executive officer with the Saskatchewan Landlord Association, who serves over 500 landlords, said the pandemic has cost landlords over $30 million in arrears since April 1.

Choquette said the landlord association is supportive of the eviction ban for people who are legitimately facing financial hardship, however he said it might be helping others game the system.

“The eviction ban is currently empowering people to take advantage of the ban, and that’s where our concern lies,” Choquette said.

At the beginning of the pandemic about 20 per cent of tenants didn’t pay rent, Choquette said, which the organization tied to a lack of financial assistance at that point.

As the pandemic continued, arrears were at 10 per cent in May and eight per cent in June, which the organization attributed to better financial assistance from the government.

Choquette said the organization’s main concern is with tenants who are deliberately not paying rent because of the provincial eviction ban.

“About two-thirds of the arrears in June, or around $4 million, were attributed to tenants who were deliberately not paying rent and taking advantage of the current eviction moratorium,” he said.

Choquette said the organization has come to that conclusion through speaking with tenants who have accepted some form of social assistance during the pandemic and from landlords.

It’s also learned of tenants who are collecting social assistance payments and CERB payments but refusing to pay rent, through speaking to landlords.

Should the suspension on evictions be lifted, Choquette said the office of residential tenancies will work with landlords and tenants to ensure those who are withholding rent payments are evicted, while payment plans are honoured for those who worked with their landlords.

Boyd Godfrey owns three rental properties and rents to six tenants in Saskatoon to remain “cash positive” during his retirement. One is refusing to pay rent and has done so since before the COVID-19 pandemic hit the province.

Godfrey said the tenant was served an eviction notice in February, prior to the ban on residential evictions being put in place.

“It’s ridiculous,” Godfrey said.  “The government has stopped us from being in a position to evict residential tenants but they’re expecting the landlords to cover the cost of it.”

The tenant told CBC News they had fallen behind on payments before the COVID-19 pandemic and received little in terms of federal assistance during the ordeal.

The tenant said they were unsure if they’d ever pay the bill.

“I don’t know. Like right now, I’m behind in every one of my bills. I’m basically bankrupt,” the tenant said.

“It’s not a choice or something that I’ve made a choice to be in this position. Most of Canada’s in this position… once I get kicked out of there I’m basically going to have to claim bankruptcy, like, I have no choice.”

‘Not a rent holiday’

Justice Minister Don Morgan said a lifting of the suspension of evictions will be done in the “near future.”

He said he feels the longer the government waits to lift the ban, the harder it will be for landlords and tenants to re-establish their relationships.

“Most employers are calling people back, so we think it’s getting close to being a very good time,” he said on Tuesday.

“If a tenant’s just chosen to take a rent holiday we’ve told them all along, the rent doesn’t go away,” Morgan said. “They may well find themselves being evicted.”