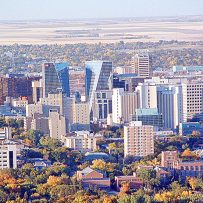 The recent rise in rental and utility costs across the province — on top of increasing inflation — is leading to an “alarming trend” of evictions among low-income renters, according to the CEO of the Saskatchewan Landlord Association.

Last July, SaskEnergy said it would implement a 17 per cent increase to its natural gas rates effective Aug. 1, which works out to roughly $12 more per month for the average ratepayer. The Saskatchewan Rate Review panel will have until next month to review the hike and provide its recommendations.

The provincial government also approved a four per cent increase to SaskPower rates in July, which — starting in September — added another $5 to the average ratepayer’s monthly power bill.

“It could lead to utility arrears for Crown corporations — but, ultimately, it will lead to eviction, if those arrears aren’t paid.”

He said that at the start of the COVID-19 pandemic, rental costs remained mostly steady due to reduced demand — largely because immigration was down and fewer post-secondary students were attending in-person classes.

But this year, with more students returning to class full time and immigration picking up again, most landlords across the province played catch-up with inflation and increased their rent by 10 to 15 per cent, Choquette said.

He said another major factor contributing to the spike in evictions is inconsistency with financial assistance benefits, such as the Saskatchewan income support program.

Before 2019, a similar program saw the province paying landlords directly for rent. It also covered utilities, ensuring that housing costs didn’t fall into arrears and result in evictions.

However, when the SIS program was introduced, that responsibility was passed over to the recipient.

After months of criticism, the Saskatchewan government announced last fall it would tweak the income support system to allow direct payments for rent and utilities on behalf of some “high-needs” clients who are at risk of homelessness.

Peter Gilmer, an advocate with the Regina Anti-Poverty Ministry, said the income support program remains one of the biggest housing barriers his clients face.

“Even people with homes are in crisis because, after they’re done paying their rent, they’re looking at issues of food insecurity and not being able to meet their other basic needs,” Gilmer said.

Under SIS, a single adult in Saskatoon or Regina receives $575 per month for shelter and utilities, and another $285 each month for food and all other expenses.

Choquette said the landlord association is still pushing for the province to directly cover rent for more people in order to prevent evictions.

“Ultimately, it’s a personal decision and if a tenant or a rental housing provider agree that direct payment needs to be reinstated, it should be,” he said.

“If we’re going to use a housing-first model here in Saskatchewan to prevent homelessness and protect our citizens, then let’s do that by making sure the rent is paid to keep a roof over their head.”