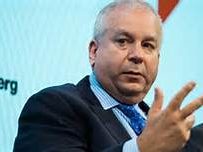 The January high in the S&P 500 will prove to be the peak of the bull market and a U.S. recession may start in the next 12 months, said David Rosenberg, chief economist and strategist at Gluskin Sheff & Associates Inc.

“Cycles die, and you know how they die?” Rosenberg told the Inside ETFs Canada conference in Montreal on Thursday. “Because the Fed puts a bullet in its forehead.”

The market is in a classic late cycle, with wages rising at full employment, cooling commodities and potential trade wars, said Rosenberg, who was one of the first economists to warn of the Great Recession when he was at Merrill Lynch before the financial crisis. The result will be higher inflation, he said.

“We are seeing a significant shift in the markets,” he said. “The Fed was responsible for 1,000 rally points this cycle so we have to pay attention to what happens when the movie runs backwards.”