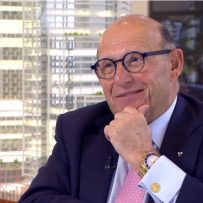 RioCan Real Estate Investment Trust (REI_u.TO 0.43%) is planning to tap funding backed by Canada’s housing agency for the first time to help finance a rental building in Toronto, according to its chief executive officer.

Toronto-based RioCan plans to borrow about $200 million of Canada Mortgage and Housing Corp.- backed financing from a bank for their 36-story rental tower at Yonge and Eglinton, dubbed eCentral. The company, Canada’s second largest REIT by market value, is still awaiting approval by the government housing agency but the CEO said he is confident they’ll get it.

“The cheapest debt in town is CMHC-guaranteed debt, which you can put on rental residential buildings, so we’re quite hopeful that our first CMHC transaction will take place before the end of the summer,” Ed Sonshine said by telephone.

Over the next few years, the company may boost financing with CMHC-guaranteed loans by as much as $800 million, Sonshine said. The financing can be about 80 basis points less than a traditional commercial mortgage, he added.

“Hopefully we’ll do a lot of them,” he said. “We intend to replace a lot our commercial debt because it’s just a lot cheaper: 80 basis points on $1 billion is $8 million a year.”

That may be a boon for unitholders. “When we’re saving $8 million a year, there’s $8 million more to distribute, to invest,” he said.

RioCan has a $350-million bond maturing June 28 which yields 2.2 per cent and $400 million in two notes coming due next year. Total debt was $5.9 billion at March 31, according to company data. The firm is in a good place to either pay off the maturing bonds this year, or, depending on market appetite, replace them with a new one, he said.

“That’s a decision we’ll probably make as we go towards the end of this month,” Sonshine said.

The REIT is also planning to tap into CMHC’s low-cost loan insurance for affordable rental housing. While this means a proportion of the building must include affordable units, Sonshine thinks it’s an attractive option for certain projects outside of city centers.

The REIT, with its roots in big box retail, has been expanding into residential and office real estate to offset increased competition from online shopping. It’s planning additional mixed-use sites longer term, including the redevelopment of a giant complex, RioCan Hall in Toronto’s entertainment district that is currently home to Scotiabank Theatre.

The project, if zoned successfully, could include up to hundreds of new apartments on site and several hundred thousand square feet of commercial space, Sonshine said. It could take up to a decade to develop if it does go through, he added.

RioCan reported first quarter earnings that beat estimates on Tuesday. Its units have climbed 8.9 per cent this year to $25.92 in Toronto for a market value of $7.96 billion, below the 11-per-cent return for the S&P/TSX Capped REIT Index.

The real estate industry may have been expecting a ‘‘gold rush” from the legalization of cannabis in Canada in October as new retail stores opened but that’s been slow to materialize, Sonshine said. The government handed out only 25 licences to stores in Ontario, none of which were given to the cannabis stores in RioCan’s properties, he said.

Many cannabis retailers who had signed rents for up to six months in RioCan’s properties will likely begin to terminate them as uncertainty remains over licenses, Sonshine said.

“The cannabis big bang has turned out to be a little whimper — largely because of the extensive delay in government licensing,” he said. “I think it’ll be a real source of tenancy for us but it’s just going to take a more longer time to develop and as the government actually releases licences.”