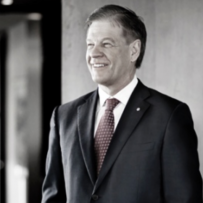 Tributes are pouring in for former Suncor Energy CEO Rick George, who passed away Tuesday at age 67.

George, who served as CEO of Suncor from 1991 up until his retirement in 2012, helped build the company and grow Canada’s oil sands. Here’s what industry leaders are telling BNN in remembrance:

“Rick was a great man. When I was a junior investment banker 25 years ago, the first real big IPO I did was Suncor. And Rick was the CEO…he was a great leader and a great man. He was the first real CEO to explore that opportunity in the oil sands area. What insight and vision to have to think that ultimately we were going to produce oil sands oil – more expensive than where oil was at the time – and it was such a massive transformative move.”

“Rick George was a great leader and a valued colleague. He was also an oil sands pioneer and a fearless voice for our industry. On behalf of Cenovus, I would like to extend my sincere condolences to his family, friends and everyone who worked with Rick over the years. He made an enormous contribution to Alberta and to Canada and he will be greatly missed.”

“It is indeed sad to hear that a great leader of our industry has passed – he earned and deserved great respect for his leadership of Suncor.”

“Rick George helped shape, grow and improve the oil sands industry and we all the better for it. He was truly one of the energy industry’s most accomplished visionaries and builders. …His work to transform the oil sands into a world-class reserve that powered the Canadian economy for much of his tenure should long be remembered and cherished by the many Canadians who benefited from his passion and foresight. Rick was a man of intellect, vision and character – never afraid to speak with and reason with those who disagreed with oil sands development. I offer my deepest condolences to his family.”

“Rick George and I led the two largest companies in the Canadian oil patch, but we thought of ourselves more as friends and colleagues than competitors. Rick was not only a fine leader, but also a person who deeply cared about his employees, his community and his adopted country.”

“I’ve got to say that there’s kind of a pre-Rick and a post-Rick oil sands era. Up to about 1990 the oil sands were a white elephant. Costs were high, reliability was poor, nobody wanted to put money into it and Rick came along and re-invented all that.”

“He really represented the energy industry – not just the oil sands portion of the energy industry – on the world stage. That professional demeanour that he carried with him whenever he spoke publicly was something that we all felt comforted by. We lose an incredible spokesman for the industry and probably the most important individual in the energy sector in the last 30 years.” 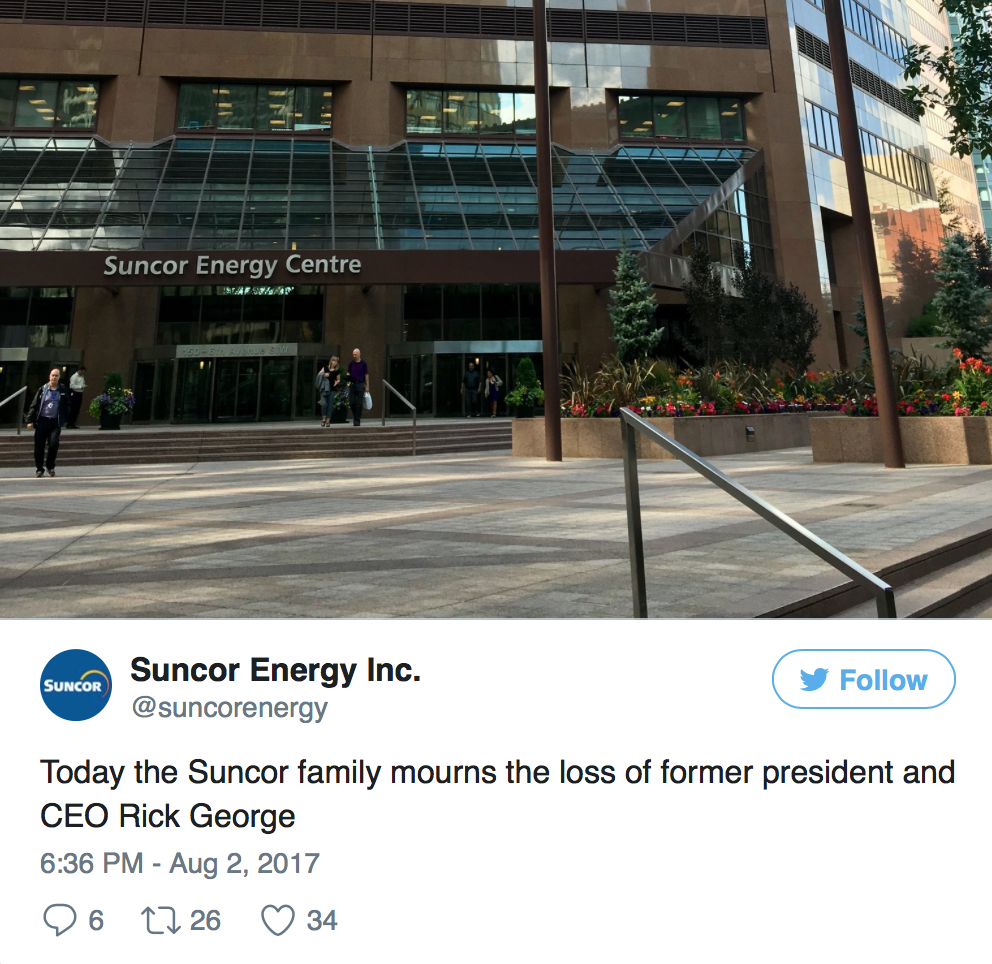