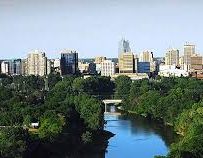 The London-St. Thomas housing market of southwest Ontario has posted its best numbers in over a decade, according to the region’s real estate professionals’ organization.

“If you look at the historical data, last month turns out to be the best August for our members since 2005,” according to Jim Smith, 2017 president of the London and St. Thomas Association of REALTORS® (LSTAR).

Data collated by the group indicated that 892 homes have been sold in the region in August 2017 alone. The number of listings declined by 9.3 per cent year-over-year last month, as well.

“Overall, 2017 remains an incredible year for real estate across London and St. Thomas and we expect sales activity to stay fairly strong for the remainder of 2017,” Smith said. “With real estate impacting so many areas of our community, such as contractors, trades, home stores and small businesses, it plays a significant role to building the local economy.”

The best-selling asset class last month in LSTAR’s jurisdiction continued to be the two-storey building, followed by the bungalow.

“Interestingly, last month the number of sold units was the same for ranches and townhouse condominiums, which might reflect a shift in the area’s inhabitants’ lifestyles choices,” Smith stated.