Rents up 5.5% in Canada year over year 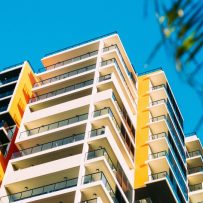 Toronto highest rents for a one-bedroom, while Vancouver priciest for two-bedroom homes in October.

The average monthly rent for Canadian properties in October was $1,940 per month, a decrease of 0.7% monthly, but an increase of 5.5% annually, according to the November National Rent Report from Rentals.ca and Bullpen Research & Consulting.

Toronto’s average monthly rent edged up slightly to $2,320 to remain the priciest city for renters for a one-bedroom home, while Vancouver had the highest rents for a two-bedroom at $2,949.

The average rental rate for all property types in Toronto hit $2,584 per month in October, 8.3% higher than a year earlier. Overall rents have increased 4% annually in Vancouver to $2,446 per month. 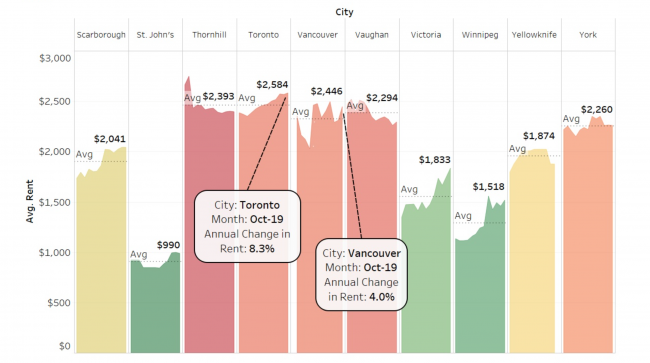 On a provincial level, Ontario had the highest rental rates in October, with landlords seeking $2,334 per month on average (all property types), unchanged month-over-month, but rising 9.1% annually from $2,139 in October of 2018. 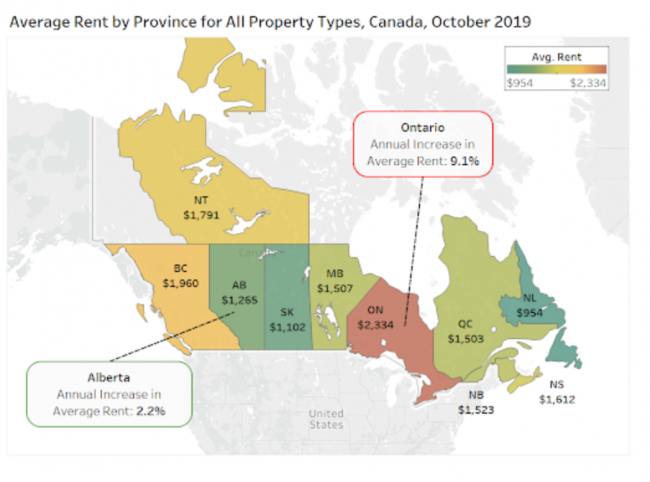 With near record levels of population growth in Ontario, a lot of residents are looking for apartments, and supply hasn’t kept up. Through the first three quarters of 2019, there were 17,915 new apartment completions (rental and condominium tenure) in Ontario, the lowest level during the first nine months of the year since 2014.

The chart below looks at just rental and condominium apartments only in several major markets in Canada.

Hamilton is experiencing high rental market appreciation at 24.4% annually, followed closely by the former City of Scarborough at 24.0% and London at 23.4%.

The four bottom markets are all in Alberta, with Red Deer seeing rents increase by 0.3%, while annual declines of 2.1%, 5.1% and 8.0% were experienced in Edmonton, Calgary and Fort McMurray, respectively. 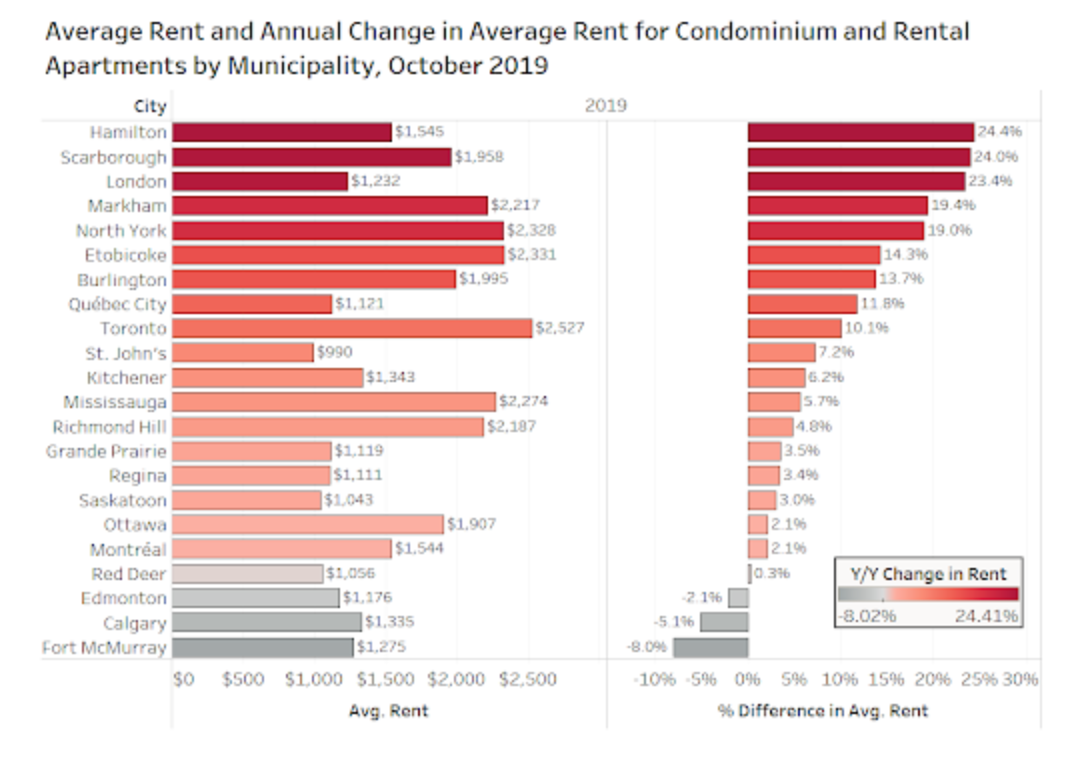 Other takeaways from the October National Rent Report include:

“Annual rent growth in Canada continues to exceed inflation,” said Ben Myers, president of Bullpen Research & Consulting, “The national figures are propped up by hot markets in Ontario and BC, which are still suffering from a lack of new supply.”

“There has been a noticeable decline in the number of affordable properties for rent in Ontario over the past year,” said Matt Danison, CEO of Rentals.ca, “And areas that have typically provided less expensive rental accommodations such as Hamilton and Scarborough are experiencing the highest rent growth.”

The National Rent Report charts and analyzes national, provincial and municipal monthly, quarterly and annual rental rates and market trends across all listings on Rentals.ca for Canada.