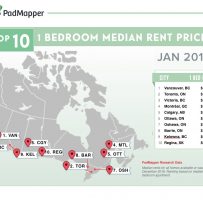 Story by: The Huffington Post Canada  |  By Daniel Tencer

For years, Canadian house prices outpaced rental price growth by leaps and bounds. But recently it’s started to look like rents may be catching up.

Apartment listings site Padmapper’s latest monthly rent report for Canada shows two-bedroom units in Vancouver and Toronto — Canada’s priciest places to rent — have jumped by 14.5 per cent in both cities in the past six months.

In Vancouver, a two-bedroom place is averaging $3,150 this month, compared to $2,750 last July. In Toronto, two-bedrooms rose to $1,970 from $1,720 last July. In both cases, that’s a 29-per-cent annual growth rate. (Year-on-year comparisons aren’t yet possible because Padmapper launched its survey last summer.)

Check out the rental rates for one-bedroom units across Canada’s largest cities. 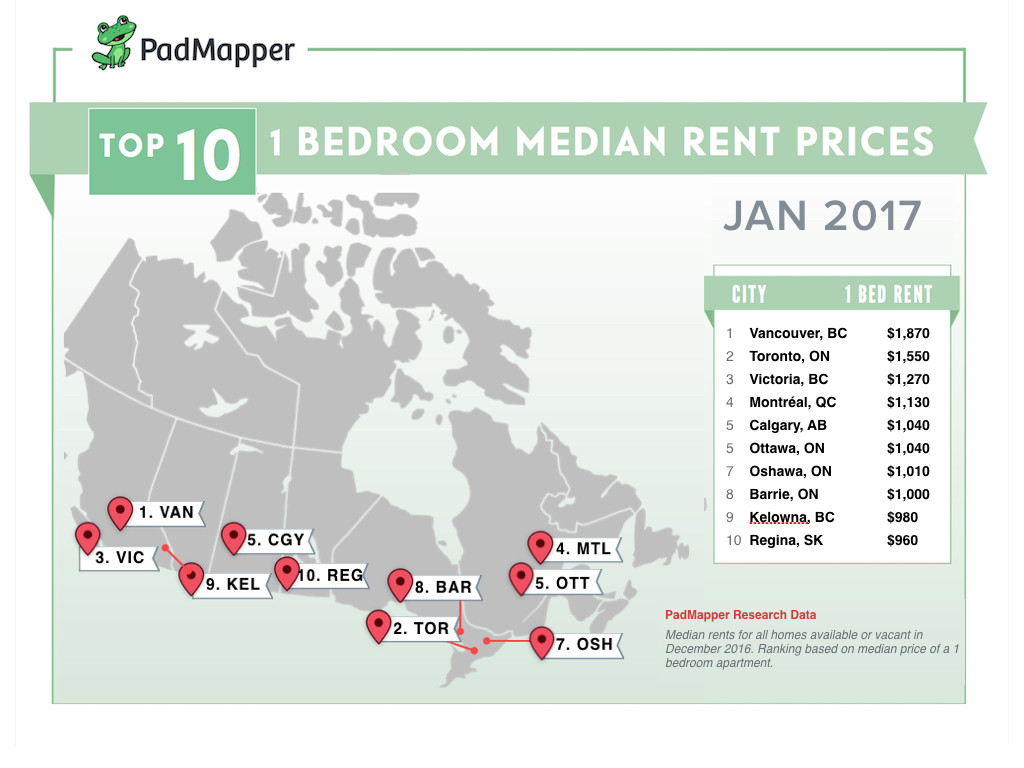 Prices aren’t rising everywhere. In Calgary, two-bedroom apartments have fallen 4.7 per cent in the past six months, to $1,280 a month. The city has fallen to fifth-most expensive place in Canada to rent, from third place half a year ago.

News reports out of the recession-racked city suggest a lot of rental space is sitting empty there. 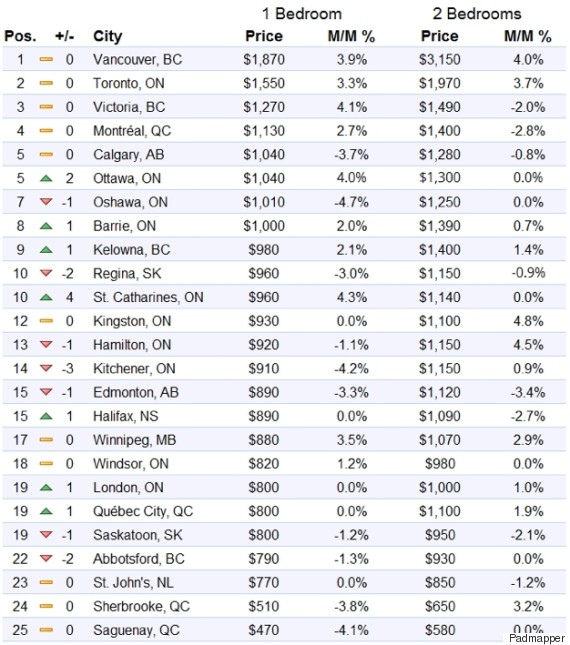 Real estate experts who’ve noted this acceleration in rental prices say there are a number of reasons for it.

One is that rising house prices in some cities are forcing homebuyers to save up for longer, meaning they have to live in rental units longer than they used to.

Also, as real estate consultancy Urbanation noted this week, landlords are selling their condos to take advantage of high house prices, reducing the supply of available homes for rent.