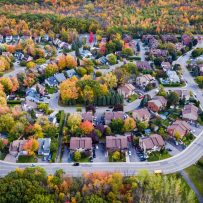 Canadians are increasingly renting their homes rather than owning as the cost of housing soars, according to a new report from Statistics Canada on Wednesday.

StatsCan said Canadian renting households rose 21.5 per cent from 2011 to 2021, more than twice the pace of the increase in home ownership, up 8.4 per cent in the same period.

In a release, StatsCan said the growth in the rental rate reflected an increase in multi-family units as the domestic economy looks to absorb high immigration rates.

“The growth in the rental rate reflects the increased construction of multi-unit buildings, such as apartments and condominiums. Before 2011, apartments accounted for less than 40 per cent of building permits. Since the start of 2011, multi-unit building permits have accounted for 68.1 per cent of units created, and 73.2 per cent in 2021 alone,” StatsCan said.

“These construction and real estate trends address the greater demand for these types of dwellings, fuelled by population growth through immigration, an aging population and a gravitation towards the downtown lifestyle—particularly among younger Canadians.”

StatsCan said that the overall decline in home ownership was most pronounced among younger Canadians, who are facing sky-high prices across the country’s housing market.

“In older age groups, the drops in homeownership were less pronounced; among those aged 70 to 74 years, for example, the homeownership rate fell from 75.5 per cent to 74.8 per cent.”