RENTAL VACANCIES COULD SOAR AS COVID-19 KEEPS STUDENTS AWAY 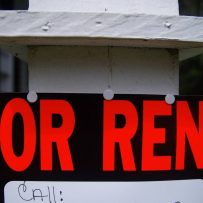 As universities move primarily toward online instruction in efforts to curb further spread of COVID-19, a recent report has found that demand for rental housing in Ottawa this fall has dropped drastically.

Last week, Carleton University’s Centre of Urban Research and Education (CURE) released a report looking into the pandemic’s effects on the city’s rental market and what could happen if most students don’t return for the school year.

The survey, which will continue until October, goes into detail about factors that could have a significant effect on the market in the coming months, from smaller student populations to decreased tourism.

Steve Pomeroy, a senior research fellow and housing policy research consultant for CURE, said vacancy rates could rise as high as 10 per cent as a result of the pandemic.

“We’ve got a whole bunch of factors that are creating very, very weak demand,” Pomeroy told Ottawa Morning Tuesday. “That always adds up to excess supply in the form of vacant units and higher vacancy rates.”

Those higher rates could make landlords less willing to push through the trying times by not evicting tenants or getting rid of their units, Pomeroy said.

While it would also stop the erosion of the city’s affordable housing supply, Pomeroy said it likely wouldn’t lead to more affordable units being created.

The report estimates that a reduction in students — which includes out-of-town students as well as international students not in Canada and potentially facing travel restrictions — might decrease demand by 10,000 student households.

Pomeroy said the last time vacancy rates were this high were in the early 1990s, when there was “a lot of non-housing construction and a soft market.”

For most of the past decade, vacancies have hovered near a healthy level, typically around three per cent, the report noted.

The decreasing demand could cause some landlords to shift units that are currently Airbnb homes or short-term rentals back to longer-term rentals, the report said.

Ultimately, Pomeroy said he predicts the current high vacancy rates caused by the pandemic will be “temporary.”

“Over the next two or three years … we will get back to a more balanced market and healthier vacancy rates,” he said.