RENTAL MARKET IS STRENGTHENING, WHILE PACE OF INVESTMENT IN MULTI-FAMILY REMAINS SLOW 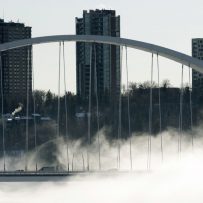 Last year was sluggish for large real estate deals in Edmonton, until the final few months, pointing to a mix of caution and optimism regarding the economy and housing, a recent report shows.

“Most of the year was a continuation of lower sales activity until the boost that was basically received in Q4 (October, November and December) — the majority of which can be attributed to a few large transactions,” says Ben Tatterton, manager of data solutions for Alberta at Altus Group.

The lower activity overall reflects economic uncertainty, which in turn affects the housing market, he adds.

The figure represents a 51 per cent decrease from the previous year. But Tatterton says the levels are actually in line with previous years stretching back to 2015. And 2018 was an outlier because of a large portfolio of multi-family rentals changed hands even though that deal was largely completed in 2017, Tatterton adds.

One reason for continuing sluggishness in deal flows for multi-family rental apartments complexes is the large amount of competition on the new purpose-built rentals in Edmonton, he says.

“Additionally Edmonton has seen a swing toward . . . several office conversions . . . similar to Calgary.”

One sign of promise, however, was a deal late last year in the office market of the recently completed Stantec Tower, acquired by the German real estate fund for about $517 million.

Residential land deals — transactions of land zoned for homes and multi-family — remained in line with past years. The 2019 figure was down 13 per cent from 2018.

Tatterton says the number of deals in the city shows the economy remains precarious. The unfolding coronavirus issue adds another downside risk to the struggling market going forward, he notes.

But the rental market is also showing strength as vacancy in Edmonton fell to 4.9 per cent last year from 5.3 per cent in 2018.

That could be a positive sign for residential overall. The fact transactions — while sluggish compared to boom years — are still occurring is ultimately a positive.

“There is always a silver lining even in down times because there are still people who want to invest in the market for the future,” he says.

“Otherwise, we’d be seeing none of these deals at all.”