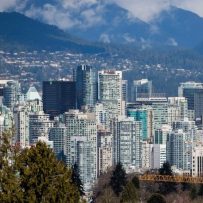 B.C. landlords large and small are struggling with big hikes in their insurance premiums, which they say will, in turn, put pressure on renters.

There are no reports yet of apartment buildings being hit with insurance rate hikes as extreme as the biggest hitting the strata sector — where some B.C. condo buildings have reported 400 per cent hikes in premiums. But landlords are reporting an average increase around 30 per cent this year. Combined with the B.C. NDP government’s move in 2018 to reduce maximum allowable rent increases, landlords say it creates a challenging environment to operate rental housing.

At a time when Vancouver’s rental vacancy rate is near zero and politicians are calling for boosting the construction of new apartment buildings and the retention of older, more affordable rental stock, landlords say increasing insurance costs are just another factor contributing to a hostile climate for private-sector landlords. That poses a challenge, considering the vast majority of Vancouver’s rental housing stock is privately owned.
“It’s brutal,” said Tom Johnson, vice-president of asset management for Cressey Development Group, a major owner of apartment buildings in Vancouver. This year, Cressey has had insurance premiums increase by an average of 18 per cent for concrete apartment buildings and an average of 36 per cent for the wood-frame ones that make up most of their rental portfolio in Vancouver.

So far this year, rental properties across B.C. have experienced insurance premiums increasing by 30 per cent, said David Hutniak, CEO of LandlordBC, an organization representing the rental housing industry.

“That’s a huge hit,” said Hutniak, who couldn’t remember another year with average increases approaching that level. He said it is double or triple the typical increase of recent years.

Hutniak said he understands that, during a housing crisis, landlords are not the group that always gets the most sympathy from the public. But, he said, “we’re very concerned about the impact this will have on our sector and, ultimately, renters.”

The B.C. Ministry of Finance sent an emailed statement Tuesday saying: “While these price increases are driven by dynamics in the private insurance industry, we’re working on a number of potential options to attempt to lessen the financial impact on individuals and building owners, while also reducing the risk for insurers.”

Rob de Pruis, the Insurance Bureau of Canada’s director of consumer and industry relations for Western Canada, said insurance costs for rental housing are being driven by some of the same factors pushing condo insurance, including aging infrastructure and increasing claims in buildings, as well as broader market conditions.

But the industry association has not heard about rental buildings facing increases as large as the biggest outliers in the strata sector, where some premiums have tripled or quadrupled this year, de Pruis said, adding that those huge increases are still rare, and typically associated with maintenance problems or claims histories of specific buildings.

“We’re not hearing about these really big increases in the rental housing market, and one of the reasons for that is these properties are typically run more like a business,” overseen by professionals with risk management and financial expertise, de Pruis said. “If we contrast that with a strata corporation that’s typically a volunteer board that have varying levels of expertise and knowledge, it’s run significantly differently.”

Some smaller-scale, family-run rental providers have seen higher increases, causing them to question the viability of continuing to provide badly needed rental homes.

Andy Lynch owns an old house in Vancouver’s Mount Pleasant neighbourhood which has been converted into five rental suites of varying sizes, which he rents out for rates far lower than some nearby units are listed. He has just learned the premium for his insurance policy will increase more than 80 per cent this year.

Even if Lynch increases every tenants’ rent by 2.6 per cent, the maximum allowed by law, he would not be able to cover the cost of the premium hike. And that doesn’t even begin to consider property taxes — increasing by seven per cent this year in Vancouver — and other rising costs.

Lynch, an 81-year-old retired scientist who now runs two rental properties in his retirement, believes the provincial government should either allow for larger rent increases to cover operating costs, or do more to regulate home insurance, as ICBC does with car insurance.

“The squeeze is on,” Lynch said. “I guess the lesson for me is that the government is not really interested in maintaining existing rental stock. Better to sell to a developer and get out of the business.”