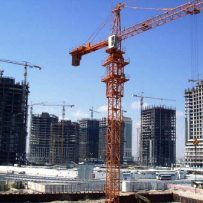 Some of Canada’s biggest real estate owners, from pension funds to REITs to insurers, are showing more interest in developing new apartment buildings in major cities than they have in decades, a phenomenon that could change the way renters live.

The emerging trend comes in the face of what industry players characterize as a near-perfect storm: The cost of buying older apartment buildings has jumped; financing for new construction is relatively inexpensive due to low interest rates; rental demand and rents are rising; fears of provincial rent control regimes are subsiding; condo markets are weakening; and institutional real estate owners are looking for places to park their money.

“For the first time in generations it’s starting to make sense to build rental apartment buildings in big cities,” said Macquarie Securities analyst Michael Smith. “I think we’re in the early stages of a new era. If condo prices correct some more and mortgage rules get tougher, I see purpose-built rentals in big cities starting to fill the void.”

Added to that are four rounds of tighter government mortgage insurance rules, while the country’s banking regulator is considering tightening mortgage lending rules for banks.

“Every time Ottawa changes the mortgage rules and makes it tougher to buy a house or a condo, that’s going to push people into the rental market,” Mr. Smith said.

In the past 20 to 25 years there has been a lack of new apartments, said Philip Fraser, the chief executive of Halifax-based Killam Properties Inc., a publicly traded company with apartments in five provinces.

There has been some apartment construction in recent decades in smaller markets, but the major cities have, by and large, seen a dearth of new supply. In its place, condos owned by investors who obtain tenants have become the de facto new rental supply.

“We’ve all basically been buying existing product,” said Mr. Fraser. “It’s just come to the tipping point where the lack of supply, increasing values, and increasing rents have us looking at ourselves and saying we are prepared to be a developer, and to build our own product.” 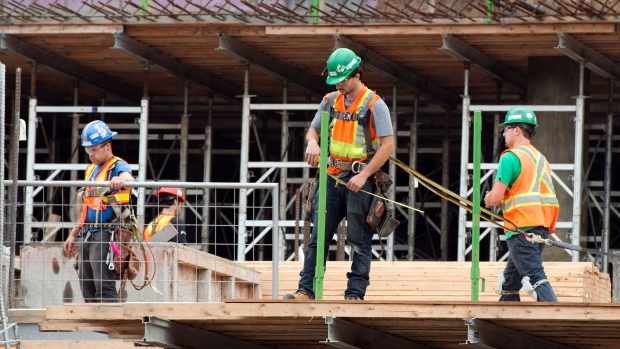 Killam was among the first, and has recently been putting up apartment buildings in Newfoundland, Prince Edward Island, Nova Scotia and New Brunswick. “We just finished four of those projects,” Mr. Fraser says.

Bentall Kennedy, which started as a small Canadian construction firm about a century ago and is now a major real estate services firm that advises pension funds and other institutional players, is also getting in on the game.

“The purchase price for the older rental apartment buildings has become very dear, and so the return you get for these highly priced buildings makes one think about building rather than buying,” said Bentall CEO Gary Whitelaw. He added that rising interest rates and tighter underwriting rules are likely to cause some potential condo buyers to rent for longer. Having studied the idea for some time, “we’re now ready to get going,” he said.

The company is in the process of finalizing the acquisition of a piece of land in Toronto for a rental project. It has just bought three sites in Calgary and has another project ready to go in Calgary that should break ground in six or seven months.

“We’ve been looking actively in Vancouver,” Mr. Whitelaw added. “The price of land makes it very challenging, but again we think it has strong demand.”

Thomas Schwartz, the CEO of Canadian Apartment Properties Real Estate Investment Trust (Cap REIT), said that pressures on the condominium market should make it easier for apartment developers. “I think the condominium market is slowing down and that will bring lower land costs and certainly some lower construction costs,” he says.

“We own apartments across Canada, and to date virtually everything we own we bought, we have not developed anything ourselves,” he said. “We’re starting to start to look.”

“Rents are at a good level today. We’re seeing a very strong rental market in all the major cities in Canada – specifically Toronto, Vancouver and Montreal. Interest rates are, historically, very very low,” he says. “If construction and land costs come off a bit and if municipalities encouraged rental housing by taking away development charges, you may be able to make the equation work. And the industry would gear up and build some purpose-built rental housing for the first time probably in 25 years.”

That could be a game changer for apartment dwellers. As Mr. Whitelaw notes, part of the reason it’s becoming more attractive to build than buy apartment buildings is that the existing stock was built 20, 30 or 40 years ago and requires a lot of expensive upgrading. “They’re often without washer and dryer on the same floor, let alone in the unit, and don’t have the same size or quality of finishes or amenity space,” he says.

Landlords will increasingly be building apartment buildings that have those bells and whistles to appeal to tenants who might otherwise rent a condo.