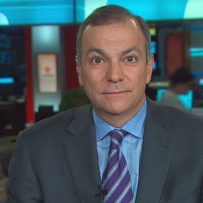 CIBC deputy chief economist Benjamin Tal is pulling no punches when it comes to renewed calls for rent control in Ontario — saying it will destroy the rebound that is happening in rental construction.

In a note out Tuesday, Tal says the damage is already being done as some developers cancel projects or change from rental projects to condominium developments because of a fear the province will change the rules to restrict what apartment owners can charge in rent.

“Even the very mention of rental control as an option is having a chilling effect on developers,” writes Tal. “From recent discussions with developers we know that it’s already impacting decisions.”

The economist says that following decades of a purpose-built supply drought which was triggered by rent control, there are now 5,000 new purpose-built units about to hit the market. By the end of the fourth quarter, another 28,000 units were proposed.

Tal and others who oppose tightening rent control rules are worried about a change to legislation which has allowed landlords of buildings constructed after 1991 an exemption from rent control.

“Affordability will be achieved only by increased supply. Policymakers should make it clear that not only is rent control no longer on the agenda but that it will not be on the agenda in the future,” he says.

The Ontario New Democrats, via a private member’s bill, are proposing a change which would make all buildings subject to rent control, which could effectively cap rental increases to one to two per cent per year.

Soaring house prices in Toronto continue to drive consumers out of the housing market into other accommodation, with demand shifting to condominiums and renting apartments. Research firm Urbanation Inc. reported the average rent in a purpose-built apartment jumped 11.6 per cent in 2016 to $2.77 per square foot.

Tal says rent control is simply the wrong medicine for the market, quoting Swedish economist Assar Lindbeck who said: “In many cases rent control appears to be the most efficient technique presently known to destroy a city — except for bombing.”

The evidence, says the CIBC economist, is clear that in rent control jurisdictions the tenant turnover is lower because people stay in properties longer and landlords spend the bare minimum to maintain units.

“New York City should be featured in any economic textbook as an example of public policy that achieved the near opposite of its goal,” said Tal,

He sees any move towards rent control in Toronto will divert more activity to condo construction. And while condos too can be subjected to rent control rules, Tal says condo owners have more avenues to get rid of a tenant.

“We are at a historic moment in Toronto real estate. Renting is finally starting to be an option and we are seeing the light (with construction) and we are talking again about rent control,” said Tal, who does have sympathy for people worried about affordability.

The economist says the province needs to pay attention to affordable housing and rental construction should include inclusion zoning which provides a share of units to people with lower incomes.