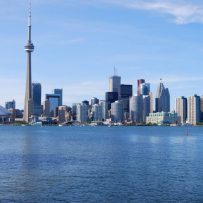 The Ontario government needs to close a loophole that has created a “two-tiered system of renters” — an increasing number of them in new downtown condos where some landlords are jacking up rents as a form of economic eviction, says the head of the Federation of Metro Tenants’ Associations.

The federation has had numerous calls from condo tenants, surprised to discover that apartment or condominium buildings occupied after November 1, 1991 are exempt from rent controls.

Some have been slapped with rent increases three times or more than the 2.5 per cent mandated by the province for older buildings and are shocked to discover they have no legal recourse but to move, says Geordie Dent, executive director of the tenant advocacy group.

Kerri-Lynn McAllister, 27, who works for a Canadian mortgage rate comparison website, discovered the loophole last month when she was told she was facing a $150 a month increase on the 700 square foot condo she is renting near Adelaide St. and University Ave. for $1,625.

When she found out there were no cheaper options nearby, she convinced her landlord to cut the increase in half — her rent is now $1,700 — with a letter pointing out why she makes such a great tenant.

Others aren’t so lucky, says Dent who, along with NDP housing critic Cheri Di Novo and Toronto city councilor Adam Vaughan, has raised concerns about tenants being hit with hefty rent increases by condo owners trying to recover some of their escalating maintenance and other fees.

More than 70 per cent of all new rentals created in the city the last few years have been in condos.

“We’ve raised this with the housing minister on numerous occasions,” said Di Novo. “This is a loophole that needs to be closed” so that tenants of new apartments and condo rental units are treated the same as those in older buildings.

The exemption was designed to encourage the creation of new rental accommodation, and jobs, said a spokesperson for Municipal Affairs and Housing Minister Linda Jeffrey in an email yesterday.

“As such, any changes to this incentive could have an adverse effect on the rental housing sector, the economy and job creation,” noted spokesperson Yanni Dagonas.

Tenants who believe a proposed rent increase is unlawful can apply to the Landlord and Tenant Board for a review, or refuse to pay the increase and fight eviction before the board, he said.

With the rental vacancy rate now hovering at just one per cent in the downtown core, it’s a landlord’s market because so many young professionals are willing to pay what it takes to live close to work and subways.

After their year-long lease expires, many condo dwellers are finding themselves facing hikes of 10 to 15 per cent as unit owners try to pass on maintenance and other fees that can jump considerably from those estimated by developers who were pre-selling the units three or four years earlier, tenants and tenant advocates say.

Dean Maher, president of the CityPlace Residents’ Association in the hugely popular high rise community at Front and Spadina has seen so many renters come and go after the first year because of escalating rents, he’s running for the Toronto Centre NDP nomination advocating that limits be set on rent hikes in newer buildings with more than six units.

Vaughan, who represents the condo-dense city ward of Trinity-Spadina, also supports controls, but modeled specifically on the condo market: “It’s a unique market that needs a unique approach.”

He stressed the need for condo renters to be aware of their rights before they sign a lease.

Note – April 26, 2013: This article was edited from a previous version to include the age and occupation of Kerri Lynn McAllister.