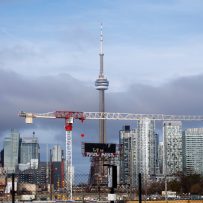 Do stricter rent control laws slow the increase in residential rents? Housing advocates and left-leaning governments believe they do. However, recent data from Ontario appears to offer further proof that this is not the case.

In April 2017, Ontario’s then-Liberal government introduced the Rental Fairness Act, which expanded rent control to all private rental units. The Act restricted rent increases to 1.5 per cent in 2017 and introduced additional provisions to protect tenants from being evicted.

The Act was enacted to protect against “dramatic rent increases.” Chris Ballard, then the Minister of Housing and Poverty Reduction, claimed that the Act would ensure that Ontarians “have an affordable place to call home.”

The Toronto Real Estate Board’s (TREB) Rental Market Report for the second quarter of 2018 revealed that the Rental Fairness Act has had no observable impact on market-based rents, which grew at similar rates from 2017 to 2018 as they did from 2016 to 2017. In fact, three-bedroom apartments experienced a significant increase in average rents in 2018.

TREB’s data is based on its rental listing service for the Greater Toronto and surrounding areas. From April to June 2018, almost 12,000 apartments were listed while 8,497 were leased. One and two-bedroom apartments constituted the largest segments of rental units. Also, almost a thousand townhouses were listed and 665 leased for the same period.

TREB data provides more of a market-based view of the rental market than what has been reported by the CMHC. Unlike TREB, which lists market-based units (condominiums and townhouses) that are primarily owned by private investors, CMHC’s reporting of rental markets is largely for, but not restricted to, purpose-built apartment rentals.

Despite the differences in rental stock between CMHC and TREB, even CMHC’s data reveals that instead of a break, rental rates accelerated in 2017. For instance, rents for two-bedroom units increased by 3.3 and 3.2 per cent in 2015 and 2016 respectively but jumped 4.2 per cent in 2017. If proponents of stringent rent controls were hoping for a decline in rent acceleration, it didn’t happen.

CMHC reported rents for purpose-built rental buildings are significantly lower because of their less than ideal location and dilapidated condition, a result of age and deferred maintenance. These buildings have remained under rent control for decades, and their owners are disincentivized to improve the quality of the rental stock. TREB data, by contrast, is based on privately owned rental condominiums whose owners, until recently, were incentivized to maintain their units in a state of good repair.

Since April 2017, condominium rentals and other dwelling types have also come under the rent control regime, thus creating the same disincentives for structural improvements of units as the ones observed for the purpose-built rentals.

The CMHC data reveals that, as expected, average rents in older buildings were lower than rents in newer buildings. Furthermore, rents on average are higher in the high-density urban core than the low-density suburbs, making suburbs significantly more affordable to rent than in or near the downtowns.

With high turnover rates where new tenants are not subjected to rent restrictions, rent controls are ineffective tools for addressing rapid rent increases. The average rent for units in purpose-built rentals and condominium apartments has risen far above the stipulated rate since the Rental Fairness Act was enacted. In the long run, rent controls reduce the growth in available rental stock, which further accelerates the increase in rents.

Rent stability is achievable primarily by increasing the supply of the rental stock. This requires changes in regulations to facilitate, instead of hindering, new residential development.