RENT CONTROL IS BAD FOR RENTERS, BUT GOOD FOR POLITICIANS 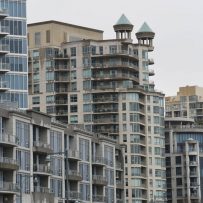 Rent Control as a Means of Buying Votes

Ontario’s modern history of rent control legislation began during the 1975 election campaign, when it was actively promoted by the New Democratic Party (NDP). This was the stagflation era, and the NDP conveniently ignored Canadian monetary policy as a major contributing factor to price inflation—7.8 percent in 1973, 11 percent in 1974, 10.7 percent in 1975—including higher rents, preferring instead to talk about “horror stories of individuals and bad landlords who imposed exorbitant rent increases.”

However, as William Watson wrote in the Financial Post, “What protection do renters have against unscrupulous landlords? Other landlords—and lots of them.” That is, of course, if other landlords are not dissuaded from entering the market because the government forbids them from charging market prices. Flip-flop: the NDP finally conceded this point—sort of—when, in 1992, they “tried to encourage the building of more rental units by offering a five-year rent control exemption on new units. The exemption later became permanent.” Well, temporarily permanent, as we shall see.

While acknowledging this basic economic lesson, the NDP nevertheless continued playing politics by removing rent control only on new units, while maintaining it for current tenants in exchange for their votes, despite the economic consequences. As Henry Hazlitt wrote, “Builders or owners of pre-existing apartment houses, finding themselves with restricted profits or perhaps even losses on their old apartments, will have little or no capital to put into new construction. In addition, they, or those with capital from other sources, may fear that the government may at any time find an excuse for imposing rent controls even on the new buildings. And it often does.” Sure enough, in 2017, Ontario’s Liberal government imposed rent control on the newer buildings. Flip-flop: the NDP supported (It’s about Change. It’s about You: A New Democrat Vision for Ontario, p. 23) the policy.

Not to be outdone by the NDP’s multiple flip-flops, during the 2018 Ontario election campaign, the Progressive Conservative Party’s (PCP) soon-to-be premier Doug Ford said, “When it comes to rent control, we’re going to maintain the status quo.” Flip-flop #1: a few months later, the PCP’s majority government deviated from the status quo by exempting new construction from rent control. Flip-flop #2: the PCP is planning to introduce legislation to prohibit rent increases—as opposed to limiting rent increases as per the status quo—for the “vast majority of families” in 2021.

The Economics of Rent Control

In contrast to the world of politics, economic principles are timeless—principles are not subject to flip-flopping. As economist Thomas Sowell wrote, “A century ago, virtually any economist could have explained why preventing housing from being built would lead to higher rents, and why rent control would further widen the gap between the amount of housing supplied and the amount demanded.” And, as Hazlitt wrote, “The rent-control laws, among their other effects, create ill feeling between landlords who are forced to take minimum returns or even losses, and tenants who resent the landlord’s failure to make adequate repairs.”

In an unhampered market, landlords are forced to satisfy tenants or lose them to other landlords. But when the government intervenes in the market, competition is discouraged and supply is restricted, which means landlords do not need to satisfy their tenants. If a tenant moves away from a poorly maintained rental unit, the landlord can quickly fill the vacancy due to (a) the shortage of other housing options for tenants and (b) the high demand for rent-controlled units.

Thus, government intervention arbitrarily restricts the supply of housing, whereas competition, if the market is allowed to function, guarantees a sufficient supply to meet the demand and the best possible price for consumers, the tenants. It is ironic that this basic economic principle is easily observed—falling rents, with tenants in control—as a direct result of the government’s economically destructive pandemic policies.

Entrepreneurs, unlike politicians, have skin in the game. If they do not build the right type of accommodation in the right location, they will not attract tenants, and they will lose money. In contrast, bleeding-heart politicians profess genuine concern for tenants, but they always stop short of investing their own money in the construction of rental units at what they consider to be affordable prices. Moreover, they never admit to their own culpability for an insufficient supply of housing, or their own role as bad landlords.

Government policies are usually the product of politicians’ desire to portray themselves as saviors of the people. Therefore, timeless economic principles, which promote social and economic well-being, always take a back seat to the propaganda of vote-seeking politicians. But that’s what we get when we allow economic activities to be directed by people with political skills instead of people with business skills.