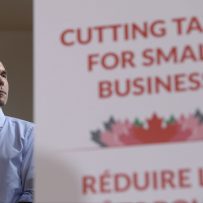 The federal tax reforms were first announced on July 18. After intense pressure from business people and business and professional groups, the reforms were then revised in the three announcements during the week of October 16, and again last week.

According to the latest announcement, there will still be a reasonableness test for dividends for many CCPC shareholders, but many other shareholders will be exempt from the test, and they and the business owner can carry on as they have been able to prior to this year. The new exemptions will be implemented by “bright-line tests” by which it is easy to tell whether a person qualifies or not.

Exemptions of the most interest to landlords

The exemptions of most interest to landlords will be these:

The second bullet should exempt family members who hold an ownership stake of 10 per cent or more in the business of a rental owner. However, a rental management business, which does not own any rental property, may well earn 90 per cent or more of its income from the provision of services, and thus not qualify for that exemption, unless it acquires a building to generate more than 10 per cent of the corporation’s total income.

An exemption will also apply to individual members of a business owner’s family who fall into any of these categories:

That exemption could include a young person who has done landscaping and snow removal as well as some office work, or a spouse who has done bookkeeping, rent collection or leasing.

Rules if the exemptions do not apply

In certain cases, adults aged 18 to 24 who have contributed to a family business with their own capital will be able to use a reasonableness test on the related income.

Dividend payments which are more than a reasonable amount will be subject to the highest marginal tax rate instead of the individual’s own normal tax rate.

All these income sprinkling measures are to be effective starting on January 1, 2018, except that individuals are to have until December 2018 to meet the 10 per cent ownership test.

It seems likely that income from property owned through trusts will be affected by the changes although that is not completely clear.

The Canadian Federation of Apartment Associations welcomes the changes announced on December 13, although CFAA would still prefer the original changes to be withdrawn entirely, as has been recommended by the Senate Finance Committee. In the alternative, CFAA says that all spouses should be exempt from the reasonableness test since the family law regimes of most provinces give spouses a 50 per stake in property and business growth on separation.

The Government says it will also move forward with measures to increase taxes on the income from passive investments purchased after the Fall of 2017 using income on which the small or active business tax rate was paid. Details of that plan will be included in Budget 2018. Those changes may well be of more importance to rental owners than the income sprinkling changes discussed above. CFAA will communicate the concerns of rental housing providers to the government.