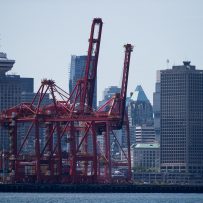 Canada’s economy is showing unexpected resiliency as the year ends with the strongest job market in a decade offsetting slumping exports.

A sharp rise in new positions cut the jobless rate to 5.9 percent in November, Statistics Canada said Friday, one of the lowest readings ever in the past four decades and the first time the rate has fallen below 6 percent since 2008. Employers added 79,500 workers during the month, bringing gains over the past 12 months to nearly 400,000.

Increased employment, meanwhile, is helping to fuel household spending, a separate report showed, with consumption rising at the fastest pace since before the recession over the previous two quarters. That helped to temper a sharp drop in exports that slowed third quarter growth to an annualized 1.7 percent.

The data indicates an expected slowdown for Canada’s economy in coming quarters may be less severe than anticipated and slack in the labor market is diminishing more rapidly, raising the prospect of faster interest rate increases by the Bank of Canada. The Canadian dollar jumped as much as 1.5 percent on the reports.

“Our forecast assumes the bank will raise rates again in April when they have more information on Nafta renegotiation and how households are handling this year’s rate hikes,” said Josh Nye, an economist at Royal Bank of Canada. “If anything, today’s blockbuster employment report raises the risk of an earlier move.”

Both the employment gain and jobless figure in November beat the consensus economist forecasts for a 6.2 percent unemployment rate and 10,000 new jobs. Third-quarter gross domestic product growth was also slightly higher than the 1.6 percent rate forecast by economists but below the Bank of Canada’s October forecast for a 1.8 percent increase.

The employment gain for November is the 12th straight, the longest since a 14-month span that ended in March 2007. The 0.4 percentage point drop in the unemployment rate was the largest one-month decline since 2005. 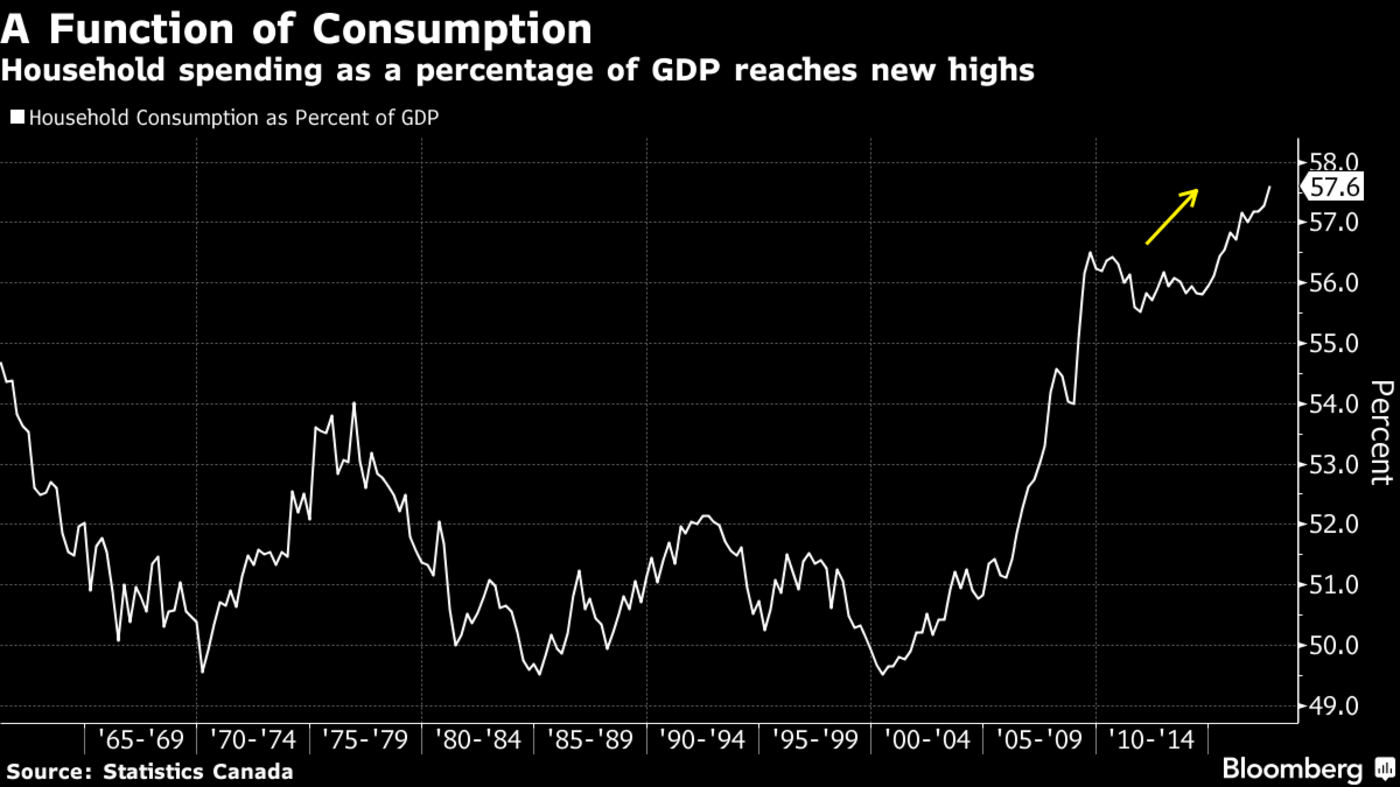 Household spending has carried the country’s economy for much of the decade since the 2008-2009 recession, particularly in the two years following the collapse of oil prices in 2014 when it accounted for just about all of Canada’s economic growth. It continues to defy expectations of a slowdown, just as it did in the third quarter when it increased by an annualized 4 percent versus estimates for below 3 percent growth. Statistics Canada also revised up second-quarter consumption growth to 5 percent. That’s the best two-quarter gain since before the recession.

The stronger consumption growth offset a sharp decline in exports, which plunged an annualized 10.2 percent in the third quarter, subtracting 3.4 percentage points from the growth rate.

The spending is being fueled by a buoyant jobs market that is driving incomes. Compensation of employees rose an annualized 1.3 percent in nominal terms in the third quarter, the strongest growth since 2014, the GDP report showed.

Average hourly earnings — a closely monitored indicator of tightness in the labor market — rose 2.8 percent in November from a year ago, the fastest since April 2016.

Employment grew across most industries, with manufacturing employment increasing by 30,400 in November and the retail and wholesale category climbing by 38,800.