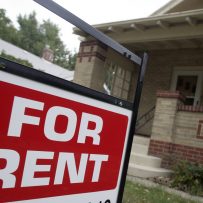 Realtors say people on the hunt for rental properties should lock in a lease before Canada reopens its borders.

Though the federal government hasn’t said how soon borders could reopen, real estate agents predict there will be a rise in rental prices and fewer properties to choose from when immigrants and students return to Canada and look for places to live.

“My advice to any renters that I know is get in now,” said Terry Parkinson, an agent with Royal LePage Signature Realty in Toronto

“Get a rental now before the border is open because you’re going to have tons of competition.”

Parkinson’s and other agents’ advice comes as many of Canada’s most popular rental markets are edging toward pre-pandemic conditions as more businesses are allowed to reopen.

At the height of the health crisis, rental prices plummeted as young Canadians moved back in with their families, took advantage of lower interest rates by purchasing a home or sought a place to stay that was further from a big city because their employer allowed them to work remotely.

But as many businesses welcome back customers and companies begin planning for a return to offices, prices are starting to creep back up.

While rents in many regions are still down significantly from last year’s rates, Rentals.ca data released in June shows prices are heading upward again.

It won’t just be increasing prices Canadians are dealing with once people can enter the country again, realtors said.

Competition will be back too because people will be moving to the country or back to city centres as the school year begins, they said.

“And there already isn’t enough product on the market. There’s a real shortage as far as affordability is concerned,” said Bonnie Meisels, an agent with Keller Williams Urbain in Montreal.

“The way things are going, things are only going to continue to increase.”

Meisels is particularly worried about the struggles students will have when navigating the market and has been telling those she knows with semesters starting later in the fall to begin their searches now.

“Often, they’re not working and they have limited budgets, so it’s not easy for them to find good accommodation,” she said.

Many also won’t be able to snag a spot in school residences this year. Dalhousie University in Nova Scotia, for example, said on its website that it notified students in June that it would be reducing its residence spaces to 1,800 from 2,300 this year to quell the spread of COVID-19.

The market has always seen students looking for places to stay while they complete school, but new policies from these universities have created an even greater demand for rentals, said Ben Young, the senior vice-president of development at Southwest Properties in Halifax.

On top of that demand, the region is also seeing more interest from people who flocked to the East Coast, when they could work from anywhere during the pandemic.

“It’s tight. Vacancy rates have been historically low in Halifax over the past few years, pre-COVID,” Young said.

Young doesn’t foresee inventory surging in the near future, so he advises prospective renters to plan ahead, do their research and know that it could take time to find a place.

“You will likely find something, but give yourself enough time.”