Real-estate exec on Chinese money: ‘There is a huge stake for a lot of local people in keeping this thing going’ 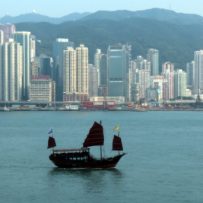 No one knows better than real estate insiders how money flooding in from mainland China is driving up prices in Vancouver, the second-most unaffordable city in the world.

Shanghai-based Dan Scarrow, of Macdonald Realty Ltd., has followed the money and is among the few real estate executives speaking candidly about the transformative impact of Chinese wealth on Vancouver.

“Our analysis last year indicated that roughly one-third of buyers in Vancouver had some connection to mainland China,” Scarrow said. “China represents the greatest rapid accumulation of wealth in the history of the planet. That wealth is now spreading out of China and around the globe. It will transform not just Vancouver, but the entire world.”

The China factor is a sensitive issue in Vancouver. Evidence of a housing market increasingly disconnected from local salaries is mounting. Vancouver voters last fall said their biggest concern was housing affordability. Several months ago Vancouver city council asked staff to study whether vacant homes owned by investors are a problem in the city. That study is not complete and Vancouver’s top housing officials — city manager Penny Ballem, planning director Brian Jackson and chief housing officer Muktar Latif — are unsure exactly what data the city can gather and when the study will be complete.

Former city councillor Peter Ladner and departed chief city planner Brent Toderian told The Province there are many political and economic reasons for Vancouver’s leaders to avoid probing the impact of foreign investment on real estate prices. Community activist Randy Helten said city hall is actually making Vancouver more attractive to offshore investment by failing to act while other cities around the world take steps to regulate money flowing from China and other countries.

One top Vancouver real estate executive, who did not want to be named, said in 2011 it was estimated that for every $1-million spent on all types of real estate in Vancouver, $300,000 could be attributed to demand from China. Several months ago, coincidentally, the Bank of Canada estimated that some markets in the country are over-valued by up to 30 per cent.

The executive said that people in his business generally don’t want the public to understand the magnitude of offshore investment, and certainly don’t want city hall to do anything about it.

“I own a business, I drive a German sedan, I wear a handmade suit made in Italy, and I drink good wine,” he said. “The people I hang out with, these guys want every flood gate wide open. If we cut off the buyer source they lose commissions. There is a huge stake for a lot of local people in keeping this thing going.”

While Vancouver city hall struggles to grasp whether offshore investment causes affordability problems, a number of academics and economists have already drawn conclusions.

Conference Board of Canada senior economist Robin Wiebe has documented how spurts in China’s economic growth between 1991 and 2013 coincided with surges in Vancouver’s property prices.

Oxford-educated UBC geographer David Ley, who is researching housing bubbles in Pacific Rim cities, has completed a number of studies and a book which point to millionaire migrants as the key factor in Vancouver’s housing price boom.

Ley said there is no database to exactly specify who the “external players” in Vancouver housing are. But by far the largest impact on real estate prices come from overseas immigration and foreign buyers. Ley said that he sees among Vancouver’s political elite a denial of the facts and lack of willingness to regulate real estate investment.

“The scariest response of all is to leave it to the market, and I’m surprised that politicians haven’t been punished by the electorate for their inactivity,” Ley said. “There is much more intervention occurring in other expensive cities, even those with free-market governments, like London, Hong Kong and Singapore. By doing nothing we are driving out young people and families born in this region.”

Ladner points to various economic reports and his own observations as a westside Vancouver resident as proof of the influence of wealth from China on Vancouver housing. Ladner said offshore investment is causing a domino effect with westside residents selling their homes to investors “bidding insane prices,” and then taking their windfalls to buy homes in the east side or the suburbs. The homes in the westside are then increasingly left empty, but the prices of lived in homes are subsequently pressed higher across the region. The long-term trend is that people who earn livings in Metro Vancouver are being pushed further and further outside Vancouver.

Ladner said questioning the influence of investment in Vancouver real estate gets into sensitive territory, but is not racist.

Ladner notes that many of the other contenders for “most unaffordable city” — Hong Kong and Sydney for example — have already taken actions such as adjusting property transfer tax regimes, but he doesn’t expect this will happen in Vancouver.

“It will be difficult if not impossible to get enough political momentum behind a change,” Ladner said. “There are many vested interests lined up in favour of the status quo, starting with existing homeowners, who benefit greatly on rising home values based on the widest array of possible buyers, and then the financial institutions, the realtors, the developers, and the politicians who depend on their backing to get elected.”

Ladner said he finds it “very disingenuous” for some of the top politicians and business people and bureaucrats in the city “to say, ‘Oh gee, we have no idea who is buying these homes.’”

He said Vancouver’s real estate marketers are among the most sophisticated data gatherers in the world, and city hall works closely with developers.

“But it makes it hard for the people at city hall to be determined about these issues, when they look over their shoulders and see the people that are paying their election bills.”

Toderian said he doesn’t necessarily believe the city should intervene in the housing market, and any intervention could trigger “unintended consequences.” But it is critical for planners, Toderian said, to thoroughly study all facets of real estate investment, vacant homes, and impacts, carefully delineating the complicated factors involved.

“The study needs to be someone independent from city hall because it is amazing how the math can be politicized,” Toderian said.

Anne McMullin, CEO of the Urban Development Institute, said the industry is wary of any demand-side interventions in Vancouver’s free market. The UDI is willing and able to partner with all levels of government to increase various forms of affordable housing supply, McMullin said. She suggested the UDI wouldn’t support ideas such as a tax on empty condos, even if city hall were to find that absentee ownership is a big factor in Vancouver.

“What constitutes an empty home?” McMullin said. “They would typically be at the higher end, and I don’t know that putting any tax on (empty condos) would help with affordable housing.”

Helten, a council watchdog and former Vancouver mayoral candidate, said that in the 2011 election campaign both Vision mayoral candidate Gregor Robertson and NPA candidate Suzanne Anton said they would not intervene in real estate investment.

“It is intentional that they are avoiding this, because the development-funded parties want to increase supply and not limit demand,” Helten said. “Increasing housing supply does boost the city’s economy, but they are failing to look at the overall needs of society. I believe they have an obligation to look at the infinite demand from offshore capital.”

“Other jurisdictions are seriously looking at the problem of foreign capital coming in and they are tightening up regulations,” Helten said. “That just means that Vancouver is increasingly exposed as a destination for the big money.”

Meanwhile, the Real Estate Board of Greater Vancouver reported Tuesday that prices for a detached home in Metro Vancouver had increased 9.7 per cent in the past year to an average price of $1,260,000.