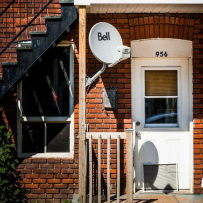 The provincial capital has been named the least expensive place to rent out of the top 24 most populous metropolitan areas in Canada, with a one-bedroom apartment going for a very reasonable $790, according to Zumper’s monthly Canadian Rent Report.

That’s $90 cheaper than the next most affordable city, St. John’s, N.L. — where the median rent for a one-bedroom apartment is $880 — despite Quebec City seeing the largest monthly rental growth rate in the country at 5.3%.

On the other end of the spectrum, Vancouver and Burnaby, British Columbia, have been deemed the most expensive cities for renters, where you can expect to pay $2,000 and $1,750 for a one-bedroom apartment, respectively, knocking Toronto out of the top two spots, “for the first time ever,” according to the report.

In Montreal — the eleventh most expensive city on the list, just behind Hamilton and Kitchener, Ontario – median rent for a one-bedroom apartment was down 5.6% from last year at $1,360, while rent for a two-bedroom was unchanged at $1,800, according to the report.

But overall, rent is going up: “16 cities experienced rents on an upward trend, 5 markets went downward, and 3 remained flat. The Canadian rental market seems to be recovering steadily as the trend of growing rent prices in the majority of markets has continued from the previous 2 months,” the report states.