Public-private partnerships under fire in Ontario 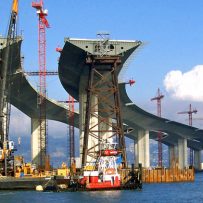 Reactions were swift after the Auditor General of Ontario questioned the economic value of designing and building infrastructure projects as public-private partnerships. In her report of December 9, Bonnie Lysyk said, “the province is paying more for infrastructure projects delivered under public-private partnerships (Alternative Financing and Procurement (AFP)) than it would be if the projects were contracted out and successfully managed by the public sector.”

She said that for 74 projects that Infrastructure Ontario has under way, the construction, finance and professional services costs were nearly $8 billion higher under AFP than if they had been delivered by the public sector. She attributed about $6.5 billion of this amount to higher private financing costs.

She also noted that P3 projects were creating billions in provincial debt. “As at March 31, 2014,” she wrote in a press release, “there were almost $23.5 billion in liabilities and commitments that current and future governments will have to pay for AFP projects.” She estimated another $5 billion was borrowed “to pay AFP contractors when projects are substantially completed.”

The auditor said that projects could be delivered effectively by the public sector if they came with strong incentives for managing risk and with incentives for contractors to complete the projects on time and on budget.

The Canadian Council for Public-Private Partnerships (CCPPP) responded to the auditor’s report saying they had “read with interest” the findings, but said that her report “paints an inaccurate representation of the P3 model.” It argued that the auditor’s report lacked empirical evidence for estimating the cost of the public sector delivering infrastructure in the traditional way, and said that both P3s and traditional procurement methods should be held under the same scrutiny.

CCPPP noted that today there are 220 public-private projects in operation or under way across Canada, amounting to $70 billion and creating more than 500,000 full-time equivalent jobs. Of these, Ontario has 100 AFP projects, mostly built for the provincial government.

Barry Steinberg, chief executive officer of Consulting Engineers of Ontario (CEO), also issued a press release: “The Provincial Auditor’s report has fueled some strong reactions, but we must not lose sight of the fact that public-private-partnerships have been critical to the delivery of a number of large, complex and vital projects that might not ever have been built were it not for the AFP process.”

Regarding the auditor general’s recommendation that the government should re-examine its decision-making criteria for using the P3/AFP model, Steinberg continued: “CEO’s members appreciate that AFP is not a panacea, and see the [Auditor General’s] report as a catalyst to improving the quality of AFP procurement documents and evaluation. CEO looks forward to being part of that process.”

To read the Auditor General of Ontario’s December 9 statement and the report, click here.

To read the CCPPP response of December 10, click here.