PROPOSED SURTAX ON HOMES WORTH MORE THAN $1M RIDICULOUS 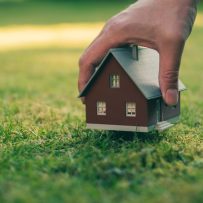 It took less than one week into 2022 for me to find that I needed to dig deep and fight the involuntary urge to slam my head into my keyboard upon reading of the latest proposal to cure our Canadian housing affordability crisis.

Perhaps you missed it, lost in the deluge of media coverage of the absolute barn-burner that was the 2021 Canadian real estate market is a new report coming out of B.C. proposing a surtax on homes over $1 million.

Published by Vancouver-based non-profit Generation Squeeze with funding from Canada Mortgage Housing Corporation’s National Housing Strategy’s Solutions Labs Program, comes the report that outlines a number of measures intended to address housing affordability, most notably including the idea that adding a tax to houses over the $1M mark would help make housing more accessible.

Suggesting that $5.83 billion that could be generated by the levy could then be reinvested into co-operative housing, missing-middle housing, and purpose-built rentals and would help open up access is central to the thinking.

Except of course for the fact that the government is and has already been allocating funding to exactly that yet here we find ourselves, with housing unaffordability in Canada the worst it’s been in 31 years.

It’s not a new idea — the notion of adding a “luxury tax” to homes on the upper end of the market has been bandied about for years; as recently as last winter it was being discussed by Toronto City Council.

Except here’s the problem (and likely why it was a non-starter at council last year): With the average sale price now north of the $1M mark, it’s far from a tax on luxury homes, unless of course we now consider a stacked townhouse in Liberty Village a luxury home.

It’s just another tax on homeowners.

Once might conclude the logic here is that anyone who can afford a home in this wild real estate market will be able to afford to be dinged even further.

This wouldn’t be a casual tax on the wealthy. You know, the type of tax that typically gets nudged past the finish line by assuming that for rich people it’s simply intellectual and they should just swallow the bitter pill of “paying their fair share.

No, this tax will evenly hit basically anyone owning a home. The families that have already had to stretch to their max to buy a home in the GTA in order to stay close to work or family or the vibrancy of urban life. The aging boomers the Twitter pundits love to disparage who have their net worth tied up in real estate that they invested in fair and square.

What it does do is continue to pit those who own homes against those who don’t, as if the abysmal current state of affairs is somehow the fault of homeowners who unknowingly timed the real estate market versus the failure of government who did nothing to curb it.

Want to solve the housing crisis? We need more of it.

As long as Canada is lagging every single other G7 nation in housing units while simultaneously setting bold immigration targets, the onus needs to rest squarely on the government to propose actual policy solutions to address our structural insufficiency before asking homeowners, already carrying hefty mortgages as a result of their inaction, to contribute any further.