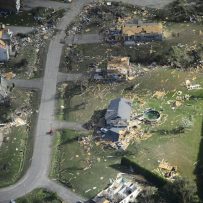 Hydro crews were at work this morning trying to untangle and repair fallen power lines, some of which snapped like twigs in the Friday tornadoes that hit the Ottawa area.

“We’re going to do whatever it takes to help them get back on their feet,” Ford told his annual Ford Fest barbecue in Vaughan, Ont., on Saturday.

“We want you to know that the entire province stands with you and is praying for you tonight.”

Environment Canada has confirmed that the Ottawa area was hit by two tornadoes late Friday afternoon.

The national weather agency says a powerful EF-3 category twister — with winds that reached 265 kilometres per hour — ripped through the Ottawa neighbourhood of Dunrobin, Ont., about 35 kilometres west of the downtown area, before moving on to devastate a densely populated area of Gatineau, Que.

The agency said that at almost the same time a second, slightly less powerful twister, touched down in the south Ottawa neighbourhood of Arlington Woods.

The twin tornadoes caused massive damage obliterating dozens of homes, tossing vehicles around, snapping huge trees and injuring several people, at least two of whom were admitted to hospital in critical condition. 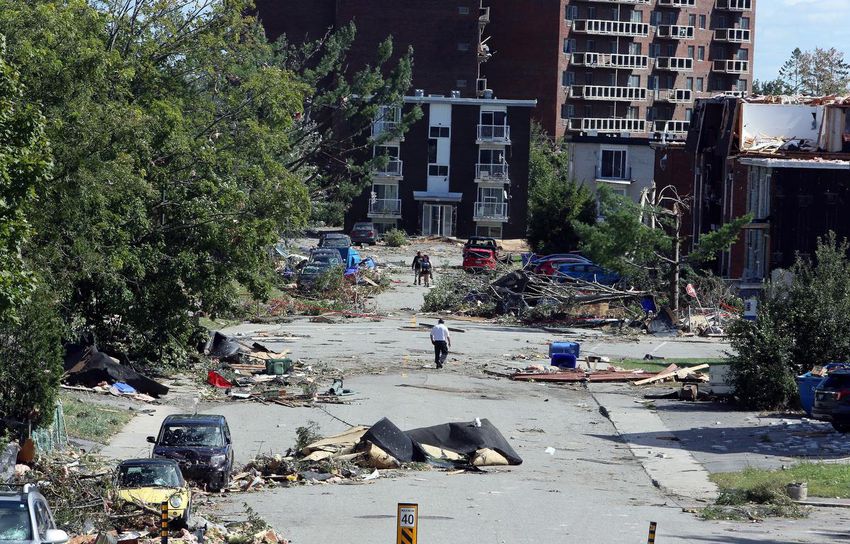 At one point more than 200,000 hydro customers were blacked out, but as of early Sunday morning, the Hydro Ottawa and Hydro Quebec websites reported the number had been reduced to fewer than 80,000 — 70,000 in the Ottawa area and 8,300 in the Outaouais region, which encompasses Gatineau.