Potential investors locked out of market 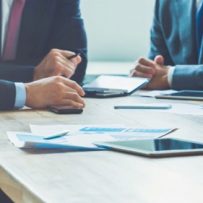 Chinese influence on Canada’s real estate market may be coming to an abrupt end due to new rules that lock their funds.

The Chinese government announced surprise rules for the exchange of the yuan, which will restrict the outflow of currency.

“As capital flight intensified, China’s reserves have plunged, causing the country to sell US treasury bonds. In response, China has introduced new rules, which now require disclosure of the intended use of the Yuan being converted,” Dr. Sherry Cooper, chief economist with Dominion Lending Centres, wrote in a recent note to brokers. “In addition, they must pledge the money won’t be used for the purchase of property, securities, or insurance products.”

So much for parking money in overseas real estate.

Chinese nationals are now forbidden from borrowing or lending on behalf of others; those caught will be barred from exchanging funds for two years and will be subject to money laundering investigation.

Despite the existence of prior rules which which limit the amount of capital that can be exchanged to $50,000, many found workarounds that have allowed for the outpouring of $1 trillion yuan from 2014-2016.

It remains to be seen what this new rule will do to curb the outflow of cash but, as Cooper notes, there will always be some who are willing to skirt the law.

“Much of this money found its way into global real estate markets causing prices to boom. Property prices surged in some parts of Canada, the US, the UK, New Zealand and Australia, all countries that had relatively low barriers to importing large volumes of capital and liquid currencies,” Cooper wrote. “Some analysts believe that the party might be over. However, China has a massive underground banking market that operates in the shadows. In August 2016, the Chinese government shut down one operation in Shenzhen, but no one knows just how many more such shadow banks there are.”