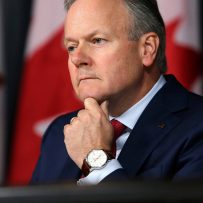 Bank of Canada Governor Stephen Poloz developed a reputation as a bit of a dove in his first couple of years on the job. Yet in hindsight, he could have been more accommodating with monetary policy.

Even with two interest rate cuts in 2015, Poloz failed to deliver on the central bank’s core mandate to keep inflation at about 2 percent, a target he’s consistently undershot. Inflation has averaged 1.5 percent under his tenure.

A lack of inflationary pressure usually signals a weaker-than-desired economy, telling the Bank of Canada that stimulus is needed. So, one could argue, interest rates have been too high under Poloz, rather than too low.

Has Poloz really been more hawkish than people think?

The coming July 12 rate decision will provide more clues. The central bank last month began talking about the prospects of raising interest rates amid strong employment and output numbers that are quickly absorbing the economy’s excess capacity. Investors are pricing in an 82 percent chance of a hike next week.

Yet, not only has inflation been sluggish, it’salso weakening. Consumer prices in May were up 1.3 percent on an annual basis — the slowest pace this year.

So, why the rush to quash the expansion now with no hard data yet that inflation is picking up?

“My question would be, where is the fire?” Brian DePratto, an economist at Toronto Dominion Bank, said in an interview on Bloomberg TV Canada.

Ted Carmichael, a former managing director at the Ontario Municipal Employees Retirement System, offers up a couple of theories in a recent blog post.

One is that the Bank of Canada has decided to doggedly stick to models that have fallen short of late, expecting they will do better going forward. Those models — based on the historical relationship between inflation and where an economy is relative to its capacity — are probably telling the central bank right now that inflation will rise well above 2 percent by next year.

In an interview with Germany’s Handelsblatt published Tuesday, Poloz said he expects inflation should be “well into an uptrend” in the first half of 2018 as the output gap closes. He repeated an analogy, used by his deputy Carolyn Wilkins last month, of a car needing to slow down before a traffic light.

“If we only watched inflation and reacted to inflation, we would never reach our inflation target, we’d always be two years behind in the reaction,” Poloz told Handlesblatt. “So we have to look at the rest of our indicators in the models that predict inflation.” 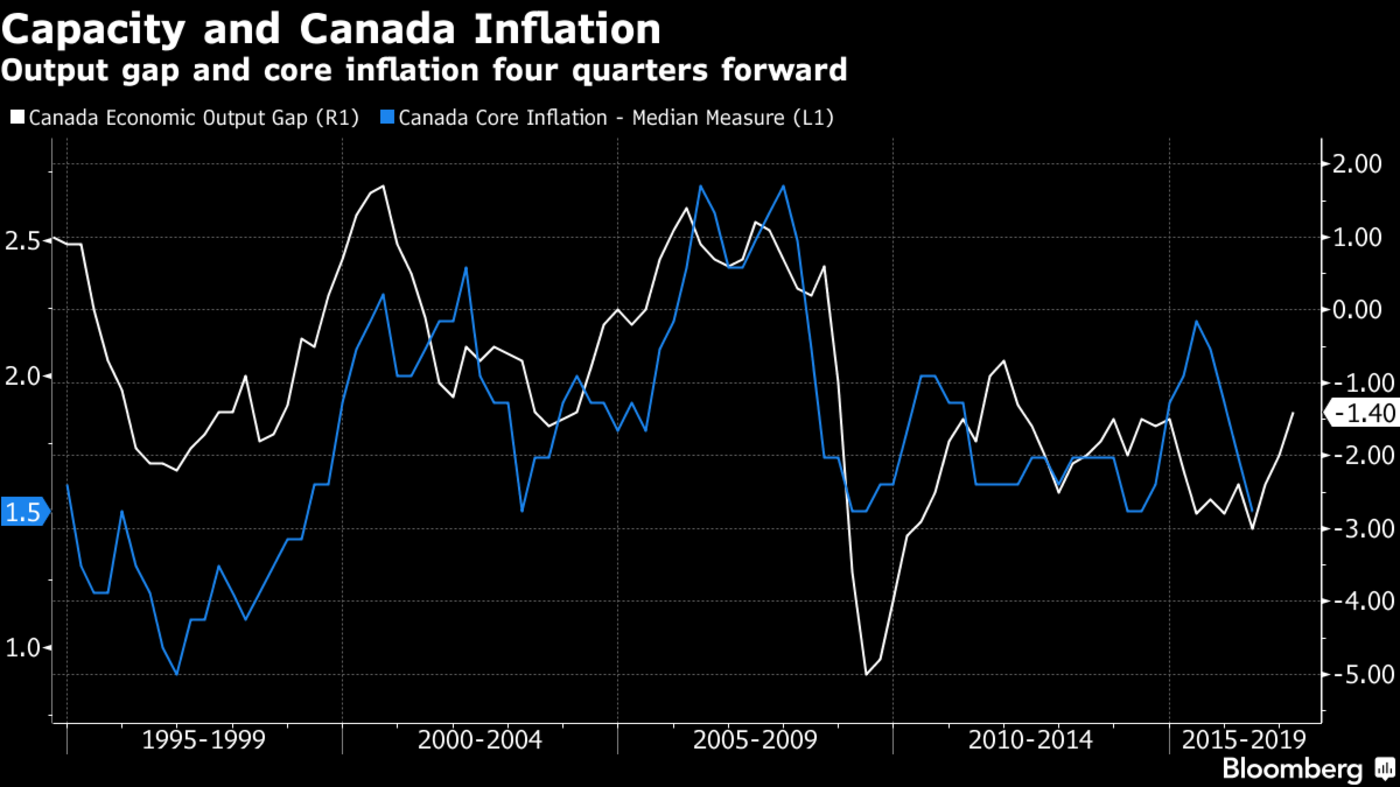 Yet, in recent years, those same models have been consistently overestimating inflation, a forecasting error that has led the Bank of Canada to be too cautious.

So if Poloz raises rates next week, it could mean he’s putting a lot of faith in models that haven’t done a great job lately of forecasting inflation.

Poloz though doesn’t sound like someone who’s taking his cues dogmatically from standard economic models. In a panel discussion last week in Portugal, he spoke of how acknowledging uncertainty in the decision making process means taking “monetary policy further away from a mechanical rule or a reaction function.”

Another theory, according to Carmichael, is that Poloz is more concerned about financial stability than he’s letting on, since extremely low interest rates have been fueling household debt. This could explain why he didn’t cut interest rates further when the economy was weak, and why he’s keen to raise borrowing costs now.

In other words, he’s been willing to tolerate inflation below 2 percent for the sake of financial stability.

“The bank has to be clear with the general public and with markets that if they are prepared to tolerate lower than target inflation for a sustained period of time, what is the reason for that,” Carmichael said in a telephone interview. “Just projecting inflation is going to go back to 2 percent,” he said, “is not a very convincing argument.”

A reputation for being more tolerant of low inflation than high inflation could become problematic for Poloz down the road.

The official line from the Bank of Canada is that the target is symmetrical — they are concerned equally about inflation being above the target as much as below it. If people begin to think that’s not true — that the bank is more tolerant of low inflation — then expectations could become detached from 2 percent.