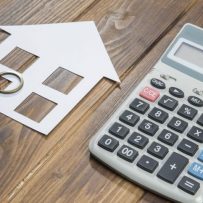 Most Ontario residents want to see the province’s political parties address home affordability as part of their 2018 election platforms, according to a new poll conducted by Ipsos on behalf of the Ontario Real Estate Association, the Ontario Home Builders’ Association and the Fair Rental-housing Providers of Ontario.

The survey says that 21 per cent of Ontarians would include home affordability in their list of top-three issues that will determine who they would vote for in the next election – even ahead of other important issues such as the environment (19 per cent), education (16 per cent) and transit (13 per cent). Ipsos says the issue of housing affordability is of particular importance to millennials (28 per cent).  Healthcare (48 per cent) tops Ontarians’ list of important election issues, followed by hydro rates (47 per cent), taxes (39 per cent) the economy (33 per cent) and jobs (31 per cent).

Sixty-three per cent of respondents “agree” that “the provincial government needs to encourage more housing supply by reducing regulation on the home-building industry.”

Sixty-eight per cent support the idea of permitting municipalities to introduce a vacant homes property tax.