Perma-renters? For many young voters, home ownership is a distant dream 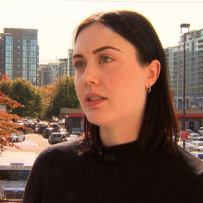 Red-hot housing markets in cities such as Vancouver and Toronto have left young people scrambling to cover rent with little left in their pockets to one day own a home – a problem that each federal party is offering to confront.

In Richmond, B.C., the average home price is around $1.5 million – making it one of the most expensive communities in the country.

The cost of renting is a daily reality for 27-year-old Kirsten Clarke, who lives in the Lower Mainland.

“The reality for me is I’ll probably be a life-long renter, I don’t consider it possible to own,” Clarke told CTV News.

Affordable housing is a major concern for millennial voters, who now make up as much as 37 per cent of the electorate. Each party has discussed the issue on the campaign trail.

The Liberals have said they would prioritize investments in affordable housing and review escalating home prices in cities such as Toronto and Vancouver.

The Conservatives have promised to extend the maximum amortization period on insured mortgages for first-time home buyers to 30 years and look at what surplus federal real estate may already be available to increase the supply of housing.

The NDP has vowed to create 500,000 units of affordable housing over the next decade and offer subsidies of up to $5,000 per year for nearly 500,000 families struggling to pay rent.

Clarke, a digital reporter from Richmond News, has covered the high cost of living in her own community. In many buildings, units bought by buyers from overseas as investment properties sit vacant.

“They’ll list them on Airbnb as well, which takes away from the market,” Clarke said.

For many people, that leaves barely enough wiggle room for living expenses – let alone savings for a down payment on a home.

“We here in British Columbia have a quarter of a million renters who cannot afford their rent,” Atkey said.

Thanks to how much attention the issue has garnered this election, Atkey is optimistic that whichever party takes office will take real steps to confront affordable housing.

“We need the investments to be increased and we need them to flow sooner if we’re going to turn the corner on the crisis,” she said.

A report released earlier this year by the Canadian Centre for Policy Alternatives found that minimum wage earners could only afford a one-bedroom rental in nine per cent of the 795 neighbourhoods included in the study.

About one-third of Canadian households, or 4.7 million, are renters. 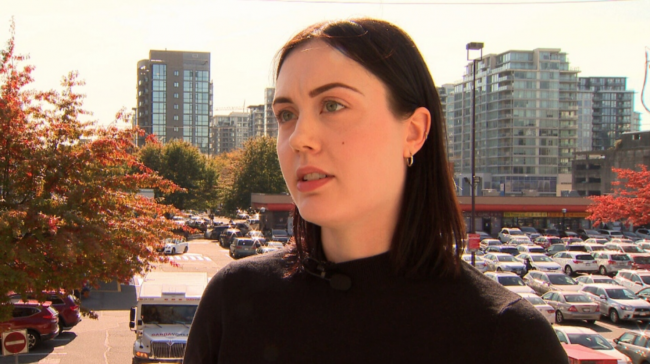 Kirsten Clarke, 27, says she doesn’t expect she’ll ever be able to afford a home in Richmond, B.C., where she lives. The average price of a home in the community is $1.5 million.