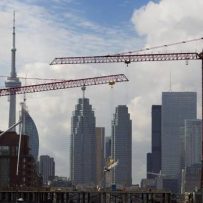 Story by: TAMSIN MCMAHON  |  The Globe and Mail

The province plans to compel condo boards to provide more financial disclosure to owners and prospective buyers, require mandatory education for condo directors and create two new condo authorities, one that will license and regulate the province’s 2,500 property managers, along with a tribunal that will resolve disputes between condo boards and owners.

The new rules, contained in two new pieces of legislation, are “a significant game-changer in the Province of Ontario when it comes to the condo sector,” said Government and Consumer Services Minister David Orazietti.

“It has become very clear what is likely to happen if we do not reform the act,” he said. “We have every reason to expect that the deterioration in condo living with increased potential for fraud and mismanagement would occur. A continued rise in the number of very serious and expensive court-appointed administrators taking over control of condos from boards and managers as a result of failed reserve funds and other issues. More and more costly disputes between owners and between owners and boards.”

Mr. Orazietti said the new rules to license and regulate property managers are aimed at curbing fraud in the industry, where managers are often entrusted with handling a company’s financial records and managing reserve funds.

The government also plans to introduce mandatory training for condo board members, given that increasingly complex rules around condo living and the rise in investor-owned rental units have often made it difficult for condo boards to find owners with the time and financial knowledge to manage multimillion-dollar assets, such as reserve funds and maintenance contracts.

The rise in condo living, where property owners live in close quarters and share many common amenities and expenses with their neighbours, has also led to an explosion in court battles over noise complaints and disagreements with boards over condo rules and plans to spend reserve funds.

A new condo tribunal will make it easier and cheaper for owners to settle complaints, Mr. Orazietti said. Condo owners will have to pay for the dispute resolution service, however. The government plans to tax owners $1 a month to help fund the new agency, or roughly $7-million to $8-million a year in total. Fees to resolve complaints will run from a few hundred dollars to $1,000, which the province says is far cheaper than legal expenses many owners face by resolving disputes through the courts.

The province expects regulation governing the new tribunal to be in place by late next year with the tribunal up and running by early 2017, with fees not collected until the office is up and running.

The province has yet to determine who will run the two new condo authorities, although both will operate as arm’s-length organizations with their own boards of directors. Ontario’s auditor-general will have the ability to audit the authorities’ books.

Mr. Orazietti said the province is still working out the details of new financial accountability for condo boards, but the government will likely have to come up with a formula for each condo corporation to determine the appropriate level for the building’s reserve fund. The province is also studying possible reforms to provincial building standards that could potentially give condo buyers greater powers to go after builders when their condos develop serious structural problems.

William Stratas, a fraud examiner working in the condo sector, lauded the new plans to license property managers, but said the proposed new licensing body would need to be able to issue significant penalties and fines to make a meaningful difference to the industry. “If the minister is promising teeth, I’m thrilled with that,” he said. “The No. 1 issue here is that those teeth have to bite hard.”

Sandy Steffen is the president of a 15-unit condo townhouse complex in midtown Toronto that in 2009 discovered its property manager had shuffled nearly $250,000 from its reserve fund by forging signatures on cheques and funnelling money in between Ms. Steffen’s building and two dozen other condo buildings he was managing, leaving the condo owners $170,000 in debt. The property manager, who died of cancer during the investigation, was never charged.

The board hired an accountant and a lawyer to help recover the money, which entailed suing other condo corporations that had fraudulently received some of the board’s funds. After five years and thousands of dollars in legal fees, the owners recovered about 65 per cent of the money, leaving each owner on the hook for $11,000.

“Whether this legislation will work, we’ll see,” Ms. Steffen said. “But I’m hopeful because something has got to be done.”

It’s the first time Ontario has introduced major reforms to is condo legislation since the province passed its condominium act in 1998, well before the Liberal government passed new land-use regulations to restrict urban sprawl and encourage higher-density living that have led to a surge in condo development. Nearly half of all new homes built in the province are condos.