Ontario tried a speculation tax on property, and the market ‘collapsed overnight’ 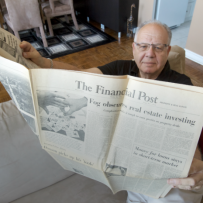 For decades, Barry Lebow has kept a scrapbook of one of the most traumatic business days in life.

There are some dates you always remember, and for the Ontario real estate industry it’s April 9, 1974. That is the day the province shocked the sector by announcing a 50 per cent land speculation tax.

“We were the largest home buyers in Toronto, my (financial) partners and myself. I went to bed a millionaire and woke up owing about $1.5 million the next morning.”

The governing Conservatives under Premier William Davis imposed a provincial tax, fully independent of any federal capital gains tax, which allowed for a 50 per cent tax on any land profits. Principal residences and family-owned farm lands were exempt.

“The market literally collapsed overnight,” says Bob Aaron, a veteran Toronto real estate lawyer. “At the budget that night, the government announced the Land Speculation Tax. It’s one of those days like September 11 or Nov. 22 when Kennedy was shot, there are some days you’ll never ever forget in your life. The date is seared in memory because my law practice collapsed. It was horrible. I had been out (of law school) for two years.” 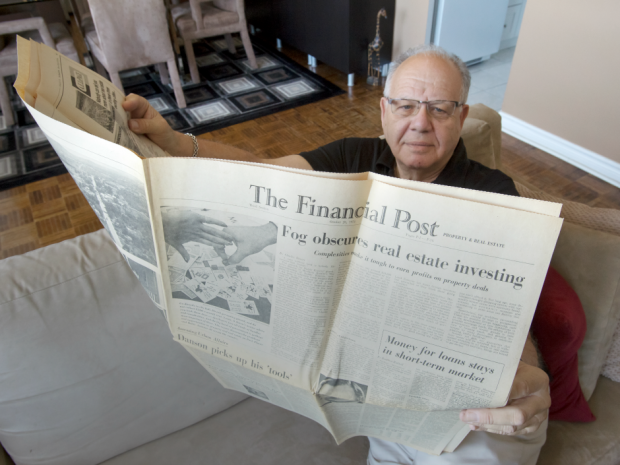 Aaron said the market today — the average home price is up about 30 per cent over the past year in Vancouver and 16 per cent in Toronto — is not much different than it was then. “They wanted to cool down the market. It had been booming,” he said.

Four decades later, a speculation tax is one of remedies government could turn to again. The idea has the support of Vancouver Mayor Gregor Robertson, who also favours a tax for owners of unoccupied homes.

Federal Finance Minister Bill Morneau has announced a working group will be formed of federal officials, provincial representatives from Ontario and British Columbia and municipal counterparts in Toronto and Vancouver to look at the growing issue of housing affordability.

Critics have called for limits on foreign ownership, while others say tighter lending rules are needed to slow down the market, including shorter amortizations that would force consumers to qualify for mortgages based on a much higher interest rate than is currently in the market and a reduction in the ratio of mortgage debt relative to income that banks use to assess borrowing capacity.

Would a speculation tax reign help cool specific housing markets? And what are the ramifications? “You really have to proceed carefully, you don’t want to blunder into anything that tips the markets,” said Doug Porter, chief economist with Bank of Montreal.

“I think they should consider a proposal coming out of British Columbia to increase property taxes especially on high-end houses and make the tax deductible from income taxes. It’s revenue-neutral and discourages people from loading up on extra houses and hits the foreign investor.”

Porter believes a speculation tax is probably his next choice, but he’s not sure how it would play and wonders what the impact might be on domestic buyers.

Talk to those old enough to remember the Ontario tax and you get divided opinion on whether going after speculators actually worked.

Toronto housing prices were rising fast by 1973. According to the Toronto Real Estate Board, the average sale price of a home in 1972 was $32,513.  A year later, prices had climbed 25 per cent. Even after the speculation tax was brought in — it received royal assent on June 3 —  prices would still finish up 30 per cent for all of 1974.

Arthur Meen, Ontario’s minister of revenue at the time, had made it clear the tax was aimed at speculators and people who added “no real value” to land other than to flip it.

“The Land Speculation Tax is a first in North America,” Meen said with pride in August of 1974. “It is pioneering and innovative legislation. It is my feeling Ontario is setting an example for other jurisdictions to follow.”

All Aaron can remember are the calls from buyers begging to get out of every deal while every seller demanded a deal be kept alive. He said litigation from the era went on for years, related to people backing out on deals. The Ontario government eventually lowered the speculation tax to 20 per cent because Ottawa would not allow the tax as a deduction against capital gains. But for the rest of the 1970s house price increases in Toronto remained under double-digits annually.

Looking back, Davis, now 86, feels his speculation tax was justified at the time, but he says it really has no relation to what is happening in the housing market today.

“It really was a case of four or five players, a few major developers. It was quite different than what is going on today,” Davis said in an interview, while offering no opinion of whether today’s housing market needs government controls. “We looked out 10 years and we saw it had the potential of escalating values beyond what really made sense.” His government repealed the tax in 1978.

Davis doesn’t recall a major collapse in prices and suggests those who do “are probably the ones who were speculating” at the time.

Lebow remembers things differently and says today’s housing market won’t die on its own, but will be killed by some kind of government measure that over reaches. “In the end the government (in the 1970s) didn’t have to do anything because mortgage rates went up to 12 per cent and the market died by natural consequences,” he says.