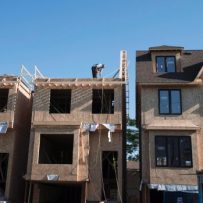 Most of that — $2.06 million — has been through the federal Justice Department with a further $176,377 estimated to have been spent at Employment and Social Development Canada.

The figures are contained in documents tabled in Parliament last week in response to a request from New Democrat MP Niki Ashton and show the government added about $1 million to the overall legal bill for the case in the last year.

The federal government had to waive solicitor-client privilege that would have otherwise prohibited the release of the figures.

Not included in the documents are details on the number of people who applied for sickness benefits while on parental leave, as well as how many were denied and how many subsequently won on appeal.

The documents say that information can’t be released because it is at the heart of the $450-million class-action lawsuit.

The government is being sued for refusing to pay sickness benefits to women who became ill while on maternity leave.

Parliament decided in 2002 to allow those who were diagnosed with cancer, for instance, to access 15 extra weeks of EI payments on top of their year of maternity leave.

The lawsuit alleges that didn’t happen and some 60,000 women were denied such claims over a decade.

Ashton, the NDP’s employment critic, said the dollar figures should be a warning for the Liberal government to make immediate changes to the EI system so that those who are eligible get benefits.

“We’ve come out of a decade where the government time and time again turned to litigation to get out of either meeting its obligations or trying to find a solution for Canadians in a collaborative way,” Ashton said.

“I certainly hope that with a new government we’ll see a new approach on this front.”