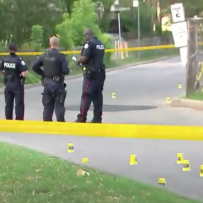 Violent criminals who have been evicted from their Toronto Community Housing (TCHC) units will no longer be able to immediately return to their buildings, as the province empowers landlords to reject applications based on criminal history.

The change in housing regulations closes a loophole that allowed tenants who have been convicted of drug trafficking or gun violence to reapply for community housing and eventually live in the same building. The new rules give TCHC the power to reject an application for five years after the eviction.

Municipal Affairs Minister Steve Clark says the corporation would have the ability to “say no” — a change that is especially relevant now given the recent spate of gun violence in the Greater Toronto Area.

Under the current rules, TCHC can immediately trigger eviction proceedings once a tenant has been arrested for a violent crime. Community housing officials say, however, once the eviction has taken place, the tenant can instantly reapply for and receive housing because they are considered to be homeless.

Toronto Mayor John Tory says while it was an “unacceptable situation,” the city’s hands were tied because provincial regulation created a method for violence criminals to re-enter the housing system.

Tory says the change in regulation sends a strong message to criminals that they are “not coming back to terrorize people.”

While Clark says those who “pose a threat to the community” can be denied a unit, community housing providers across the province will not be given a set of criteria for exactly who is considered a threat.

Clark says the decision will be left up to local housing providers on a case-by-case basis.

TCHC says it want to ensure that that law-abiding residents aren’t turfed from their homes, if a member of the family who resides at the unit is arrested for a violent crime.

“With 110,000 residents in our communities, there are many situations that can present as a challenge,” says TCHC’s CEO Kevin Marshman.