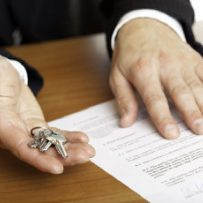 A recent decision of the Ontario Superior Court provides important lessons about lease negotiations between landlords and tenants in Ontario. The ruling in Corvers vs Bumbia allows tenants to offer a landlord rent up front.

Alison Corvers agreed to rent a home from Tanveer Bumbia in Mississauga from May 1, 2013 to April 30, 2014 for $7,500 per month. Bumbia initially refused Corvers’ rental application because Corvers was from the UK, was here on a visitor’s visa and was hoping to extend her time here by getting a work visa, according to her lawyer. Bumbia was concerned as to whether she would maintain the payments. 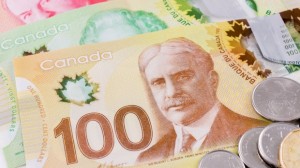 Corvers then paid one years’ rent in advance, $90,000, to demonstrate her good faith. Bumbia accepted this. Corvers also paid a security deposit of $7,500 up front to cover potential damages to the unit. The problem is that under Ontario’s Residential Tenancies Act, a landlord cannot request more than first and last month’s rent before a tenant moves into the property. The Act also states that anything in a lease that violates the Act is void. As such, after moving in, Corvers brought an application to court to pay the extra months’ rent and the security deposit back to her, as she claimed that this was all demanded by the landlord. In an original decision dated October 7, 2013, Judge Kofi Barnes of the Superior Court of Ontario looked at a text sent by the tenant’s real estate agent to the landlord’s agent that said “Alison will pay 12 month’s rent up front.” Based on that, he decided that since the tenant offered the money up-front, it was legal. However, since the security deposit was not offered by the tenant, this amount had to be paid back.

The case was appealed and in a decision dated February 12, 2014, Superior Court judge Frank Marrocco agreed with Justice Barnes and explained that while a landlord could not require a tenant to pay more than first and last month’s rent as a condition of the tenancy, if the tenant offered to pay more money in advance and the landlord accepted the payment, then it would be legal. In addition, the court held that interest on the entire prepayment of rent had to be paid by the landlord, in accordance with the rate prescribed under the Act, which was 2.5 per cent in 2013 and .8 per cent in 2014.

Barnes cited a decision in 2009 of Royal Bank v MacPherson in support of this position. In the MacPherson case, the tenant prepaid a year’s rent of $24,000 to the landlord and then the landlord lost the property to the bank after defaulting on his mortgage. The tenant said he did not owe any rent as he had prepaid it for a year. The bank argued that since the payment was illegal, it should not be binding. The court disagreed, and said that the bank must step into the shoes of the landlord and be bound by the prepayment. It would be unfair to penalize the tenant by not recognizing the prepayment. 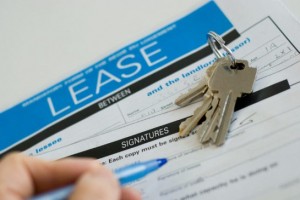 As a result of the MacPherson case, lenders who sell a rental property after an owner defaults will typically state that the buyer accepts any tenancy arrangement. A buyer in this situation must do due diligence in advance to try and verify what payments were made by the tenant to the prior landlord so that they are not faced with a similar situation where the tenant has prepaid rent to someone else and now they are stuck with it.

Here are the lessons to be learned from these cases:

Landlords cannot advertise that they will require more than first and last month’s rent in advance of the tenant moving in. This includes any security deposit.

If the tenant offers to pay extra money up front, make sure that it is clear that the offer is coming from the tenant. This could include a deposit to cover any damages or clean the unit when the tenant wants to bring a pet.

Tenants need to keep a receipt for the payment as proof that the amount was paid, in case it is ever challenged later by anyone.

Mark Weisleder is a lawyer, author and speaker to the real estate industry. You can contact Mark at mark@markweisleder.com