ONTARIO RTA REFORMS GIVE RELIEF TO BOTH LANDLORDS AND TENANTS 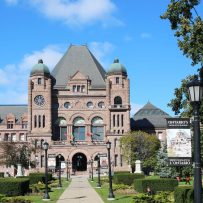 The long awaited changes to the Residential Tenancies Act (RTA) were introduced in the Ontario Legislature on March 12 as Bill 184. In Bill 184, the provincial government is seeking to provide some relief to both landlords and tenants. However, anyone who expected a major overhaul of the RTA to make it more landlord-friendly will be sorely disappointed.

The big fix everyone needs is for the Landlord and Tenant Board (LTB) to eliminate its delays in processing applications. Over the last two years, the average time to process application has gone from about one month to about 4 months, with some cases now taking 6 months. (The current suspension of hearings to prevent the spread of COVID-19 will add to those delays.)

The Ontario government is well on its way to appointing sufficient adjudicators to process applications in a timely manner, once the backlog is cleared. Once enacted, Bill 184 should provide some modest help in clearing the backlog and keeping the LTB current, by reducing the number of hearings which need to be held.

First, Bill 184 will remove the requirement that landlords re-open an application if a repayment agreement is not complied with. Section 206 of the RTA allows for consent orders to be issued to resolve non-payment of rent applications, without a hearing, where the parties have reached a repayment agreement. But under the current rules, if a tenant doesn’t comply with the agreement, the Board has to hold a full hearing to determine whether to evict the tenant. For this reason, landlords have seen no value in those consent orders.

Under Bill 184, the landlord will be able to obtain a payment and eviction order based on the consent order and an affidavit. That should result in more applications being resolved outside formal hearings, and a shorter time for disputed matters to be heard.

Second, Bill 184 will make mediation and other alternate dispute resolution services available earlier in the application process, rather than mostly or only on the hearing date, as is now the case. This improvement will work in with the change just noted.

Third, Bill 184 will largely end ambush complaints at hearings for non-payment of rent. Tenants will need to give landlords advance notice of any maintenance complaints they want to raise at a hearing, or have a very good reason for not having done so (such as the problem having just arisen).

BiIl 184 will also save numerous landlords who have failed to give proper notice of rent increases. Now, tenants can invalidate rent increase going back for many years due to a Court case known as Price v. Turnbull’s Grove. That can be devastating for purchasers, who buy a building based on an income stream, and then see the income stream cut back for defective or absent notices of rent increase before their purchase date.

For their part, tenants in more situations will be entitled to compensation for terminations for personal or family use, purchaser’s use, renovations, demolition or conversion to non-residential use. All of those terminations will still be allowed (which is good for landlords), but almost all tenants will be covered, and they will have better remedies for termination notices given in bad faith. For more details of these issues, see the full length article posted at www.dickieandlyman.com.