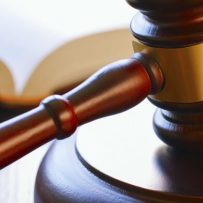 The Ontario Court of Appeal has ruled that a provision of the Mortgages Act, which allows lenders to set aside tenancy agreements for the purpose of taking possession of real property, does not conflict with the Residential Tenancies Act, 2006 (RTA) and can be used by lenders to set aside “sweetheart” tenancy agreements that are designed to discourage the lender from taking possession or adversely affecting the value of the lender’s interest in the property.

In the case, the TD Bank took a mortgage on a condominium unit in July 2011. On Nov. 1, 2012 the owner defaulted and made no more payments. She also didn’t pay any property tax payments as she was required to under the terms of the mortgage.

After the bank commenced mortgage enforcement proceedings, but before it could take possession of the unit, the owner signed a five-year lease agreement with a tenant on terms that were exceptionally favourable to say the least.

The lender brought an application to set aside the tenancy agreement under section 52 of the Mortgages Act. That section provides:

52 (1) The Superior Court of Justice may on application by the mortgagee vary or set aside a tenancy agreement, or any of its provisions, entered into by the mortgagor in contemplation of or after default under the mortgage with the object of,

(a) discouraging the mortgagee from taking possession of the residential complex on default; or

(b) adversely affecting the value of the mortgagee’s interest in the residential complex.

(2) In considering the application, the judge shall have regard to the interests of the tenant and the mortgagee.

The judge hearing the application dismissed it on the basis that, among other things, s. 52 of the Mortgages Act conflicted with the terms of the RTA. The RTA states that a tenancy may by “terminated only in accordance with this Act.”

The Court of Appeal disagreed and drew an important distinction between the words “terminated” and “set aside”.

“Counsel for the appellant compared the situation to an annulment of a marriage versus a divorce. This is an accurate analogy. In the former case, the marriage is treated as never having existed whereas in the latter case, the marriage is ended. Likewise here, to ‘set aside’ the tenancy agreement indicates that the tenancy never existed; to terminate it indicates that it is being brought to an end.”

The Court of Appeal set aside the tenancy agreement and ordered the owner to pay $15,000 in costs to the bank.