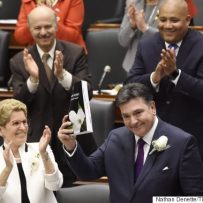 Ontario’s Liberal government is promising to inject billions of new dollars into health care in its first balanced budget in a decade, a fiscal plan designed to appeal to nearly everyone in the province ahead of an election next summer.

Crafted by a party in power since 2003 that has been faring poorly in recent polls, the $141-billion budget has measures targeted at both young and old, people who access the health care system and anyone who owns or rents a home and pays an electricity bill.

The centrepiece of the plan is a $465-million-a-year pharmacare program for children and youth, which would cover prescription medications to treat most acute and common chronic conditions for people under age 25, with no deductible or co-payment. It would start Jan. 1. 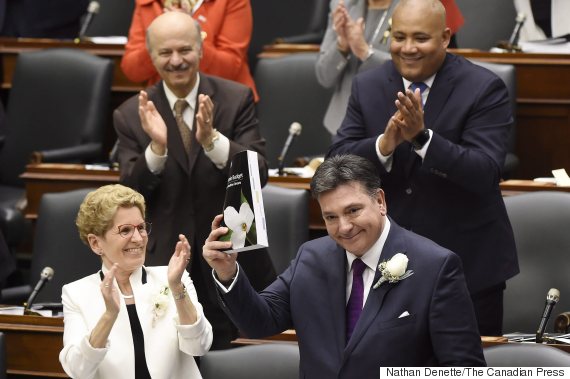 The plan will be most beneficial for youth who currently are not covered under private plans or the Ontario Drug Benefit program for social assistance recipients, but government officials weren’t able to say how many people that captures.

In total, the government is promising $11.5 billion in new spending on health care over three years, including money to address hospital overcrowding, funding for mental health and addiction services, cash for hospital construction projects and home care funding.

Much of the projected spending, however, is spread out over multiple years, well past the June 2018 election. But Finance Minister Charles Sousa said his “socially progressive” budget is not a ploy for votes.

“These decisions that we’re making today are not based on election cycles, they’re based on long-term benefit for the people of Ontario,” he said.

Progressive Conservative Leader Patrick Brown said the budget is not, in fact, structurally balanced, because of one-time asset sale money — such as the sale of shares of Hydro One — and accounting “tricks,” such as counting public pension surpluses as assets, against the advice of the province’s Auditor general.

“This budget is a patchwork attempt by a desperate government to fix the mess they’ve created before the next election,” he said. “If they lose this next election this is spending they’ll never have to be accountable for.”

The price tag for the Liberals’ centrepiece pharmacare plan is not in the budget itself and was provided only verbally by staffers.

“Listen, that document is what, 296 pages long,” Sousa said when asked about the absence. “You can’t put everything in the document.”

“I think it’s quite curious as well,” she said. “All I can think of is that they made it up on the back of a napkin before they got to today.”

The Liberals had promised no new taxes on families, though they are increasing tobacco taxes by $10 per carton over the next three years and giving municipalities the power to introduce a hotel tax.

In addition to balancing the books this year, the government is now projecting balanced budgets through to 2019-20. Despite reaching balance, however, the province’s debt continues to grow.

Historically low interest rates helped the province get to balance, but interest on debt is still projected to be the fastest growing expenditure area, at an average 3.6 per cent from 2015 to 2020.

Nonetheless, the government paints a rosy economic outlook, projecting two per cent average GDP growth through to 2020, driven by exports and business investment.

On the infrastructure front, spending is growing from a promise last year of $160 billion over 12 years to $190 million over 13 years. The additional $30 billion will go toward new hospital projects, school renewal and child care expansion.

Ontario will also move ahead with planning a high-speed rail corridor between Toronto, Kitchener-Waterloo, London and Windsor, the government said in the budget. The project could cut travel times from Toronto to Windsor from the current four hours to two.

Under the education banner, about $16 billion is earmarked over 10 years to build and improve schools at a time when the government is coming under fire for rural school closures. Another $200 million will go to creating 24,000 child care spaces and subsidizing 60 per cent of them.

Seniors are also specifically targeted in the budget. A public transit tax credit for people 65 and older will see 15 per cent of eligible transit costs refunded with an average annual benefit of $130. That is estimated to cost the government about $10 million a year. The measure comes after the federal government announced it was eliminating a 15-per-cent tax credit for commuters who buy a transit pass.