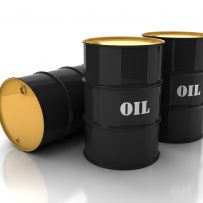 LONDON – Oil prices hit 18-month highs on Tuesday, the first trading day of 2017, buoyed by hopes that a deal between OPEC and other big oil exporters to cut production, which kicked in on Sunday, will drain a global supply glut.

Jan. 1 marked the official start of a deal agreed by the Organization of the Petroleum Exporting Countries and other exporters such as Russia to reduce output by almost 1.8 million barrels per day (bpd).

Ric Spooner, chief market analyst at CMC Markets (www.cmcmarkets.com/en-gb/news-and-analysis/market-analysts/ric-spooner) , agreed: “Markets will be looking for anecdotal evidence for production cuts,” he said. “The most likely scenario is OPEC and non-OPEC member countries will be committed to the deal, especially in early stages.”

Investors will be watching OPEC very closely to see whether the group’s members keep their promises to reduce production: “If 2016 was the year of words, 2017 must be the year of actions,” said Tamas Varga, senior oil analyst at London brokerage PVM Oil Associates.

Libya, one of two OPEC countries exempt from the output cuts, has increased its production to 685,000 bpd, from around 600,000 bpd in December, an official at the National Oil Corporation said on Sunday.

Non-OPEC Russia’s oil production in December remained unchanged at 11.21 million bpd, near a 30-year high, but it was preparing to cut output by 300,000 bpd in the first half of 2017 in its contribution to the accord.