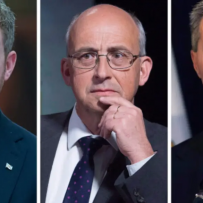 As Nova Scotia’s month-long election campaign draws to a close, it appears Tuesday’s vote could be a lot tighter than initially expected.

The incumbent Liberals, who are seeking a rare third term in office, were widely expected to cruise back to power at the start of what many predicted would be a quick and sleepy summertime campaign.

It was also believed the government’s handling of the COVID-19 pandemic would be its ace in the hole, and while that may still ultimately hold true it’s clear something has happened over the last four weeks.

“What happened is a good campaign broke out and the Liberals have been slumping somewhat,” said David Johnson, a political scientist at Cape Breton University, in a recent interview.

Johnson credited the Progressive Conservatives and party Leader Tim Houston with running an “excellent campaign,” adding the New Democrats under Gary Burrill had also put in a strong effort.

But it also didn’t help that Liberal Leader Iain Rankin’s campaign was thrown off balance during the campaign’s first week, when it was revealed that party staff had pressured Liberal candidate Robyn Ingraham to drop out because she had previously sold revealing photos of herself on the website OnlyFans.

Ingraham also alleged the party had told her to cite her mental health issues as the reason for leaving, prompting more negative headlines in the campaign’s second week.

Rankin managed to stay the course afterwards, preaching an optimistic but more tight-fisted approach to the province’s finances and arguing for targeted spending in areas of need such as health care and long-term care as the best way to help the economy emerge from the COVID-19 pandemic.

The 38-year-old Rankin also did his best to paint Houston as a right-leaning Conservative, a message Johnson said the party successfully countered over the course of the campaign.

He said Houston has managed to position his party to the left of the Rankin Liberals in terms of public spending, deficits and health care spending.

The Tories, in fact, are proposing a big-spending platform that is aimed at improving the health care system — an issue that has been the 51-year-old Houston’s singular focus.

Johnson notes that Houston has also been quick to pounce on any comparisons to hard-line Conservative premiers from other parts of the country such as Ontario’s Doug Ford or Jason Kenney of Alberta.

“In one of the debates he said his public spending would be more akin to that of Justin Trudeau than anybody else,” Johnson said.

The NDP’s Burrill, 66, has also run a steady and traditionally progressive campaign, staging daily events where he chats with someone about issues effecting their lives.

The party, which had only five seats at the dissolution of the legislature, has aimed much of its efforts to regaining its power base in the greater Halifax and Sydney, N.S. areas by highlighting issues such as health care, affordable housing and rent control.

Margaret Brigley, CEO of Halifax-based polling firm Narrative Research, said indications are that momentum has changed after the Liberals entered the race in a strong position.

Brigley said a number of factors could influence the outcome including a summertime vote and the expansion of the number of seats in the legislature from 51 to 55. Another factor, she noted, is the fact that 13 incumbents including 11 veteran Liberals opted not to seek reelection, leaving their ridings wide open.

She said the parties’ ability to get supporters to the polls will be key in what’s expected to be an election with low voter turnout.

“I think this is really one that is just too difficult to predict because there are so many factors at play,” Brigley said. “Whoever is successful in getting their support out — it could really make a difference.”

The election will feature the return of the so-called protected Acadian ridings of Richmond, Argyle and Clare and the predominantly African-Nova Scotian riding of Preston.

Johnson said while the Liberals have tended to do well in those districts in the past, they may well have to take all four on Tuesday.

“Maybe an early indication of problems for them is if they are in tight races or are even losing some of those ridings,” he said.

At dissolution, the Liberals held 24 of 51 seats, followed by the Progressive Conservatives with 17. The New Democrats had five seats, and there were three Independents and two vacancies.