NO EVICTION ORDER CREATING DIFFICULT SITUATIONS FOR SOME NORTHERN LANDLORDS 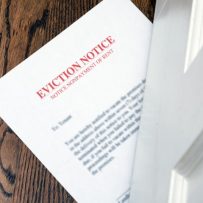 Provincial restrictions due to COVID-19 are slowly starting to loosen and more Ontarians are returning to work as the list of businesses that are allowed to re-open continues to grow.

The business of property rental was never ordered to close, but landlords have been feeling the adverse effects of the pandemic as some have been dealing with problem tenants who have been taking advantage of the province’s no evictions order.

Jeff Dupre has found himself between a rock and a hard place after selling his home in Sault Ste. Marie back in January, with the intention of moving into the Elliot Lake home that he has been renting out to a tenant who is now refusing to leave.

“I sold my place in January and gave the tenant the proper notice with an N12 notice and they never said anything, they just led on that they were moving out,” said Dupre. “I was supposed to move in on April 1, I gave 60 days notice. I phoned them on March 30 because they were supposed to be moving out on March 31 and she told me that she wasn’t moving out because of COVID-19.”

Collecting rent during the pandemic has also been a challenge for Dupre, who says the tenant pays sporadically, at her own convenience, and has become increasingly difficult to communicate with.

“It’s turned into a nightmare because I can’t even call her anymore, she says I’m harassing her,” said Dupre.

In the meantime, Dupre applied to the Landlord Tenant Board for a hearing, but has heard very little back in the six weeks since he first contacted them.

“I finally got in touch with Ford’s office, and they just kept telling me about the evictions because they don’t want people getting kicked out for not paying their rent during COVID-19,” said Dupre.

The tenant’s refusal to vacate the property has created a snowball effect, as the person who bought Dupre’s Sault home had planned to sell it, but has been unable to, as Dupre has been living there while trying to get back to his Elliot Lake home.

“I’m paying rent and hydro here, but the person who bought the home wants to sell it and is saying I might have to move now,” said Dupre. “I’m a single father, my son is only one and he needs me and this is starting to become a serious matter.”

The fear for Dupre is that when things do begin to reopen and the eviction ban is lifted, he’ll be so far down the queue that it will be months before anything is resolved.

“They’re talking about regional re-openings for business, why not for landlords? They’re going to end up opening all at once and they’ll be dealing with all the Toronto evictions first and we’re going to be suffering up here in Northern Ontario and be six or seven months behind,” said Dupre.

Another landlord, who requested that her name not be published, recently rectified her situation, to a degree, as a tenant had been refusing to pay rent at a property in Espanola for nearly six months.

“The tenant just recently started to co-operate, but she was giving me every excuse – that her phone was stolen, that she was robbed – she didn’t pay me any rent since January,” she said.

Things had started smoothly, as the tenant paid the woman in November for the first month’s rent, but when payments stopped coming in, the excuses began, and when COVID-19 took hold in March, things turned from bad to worse.

“After COVID hit I figured there was no way I was going to get anything,” said the landlord. “Thankfully it’s been rectified now and Ontario Works is paying her rent in installments, but I think she’s still about $6,000 behind.”

The president of the Greater Sudbury Landlords Association (GSLA), Ray Goulet, says that Sudbury has a high level of tenant issues, and COVID-19 has exacerbated the issue.

“We have no way of measuring the numbers of problem tenants, but there is a sense that there seems to be an increase and COVID-19 has become an excuse now for people to not pay their rent,” said Goulet.

Ideally, tenants and landlords would work together to find a compromise in the midst of the pandemic, but Goulet says that as much as COVID-19 has been a burden on tenants, landlords are finding difficulties as well.

“We’d like to think the landlord would put off a portion of the rent until a tenant can pay it back,” said Goulet.

“But if this carries on for six months or so and a landlord says they’re going to forgo half the rent, so let’s say $500, over six months that’s $3,000, can the tenant get caught up? Will the landlord be able to bear that kind of burden? We’ve got three landlords who have to forfeit their investment properties because of bad tenants not paying the rent.”

The instance of the landlord who was able to rectify the situation with her tenant through Ontario Works is not uncommon, and Goulet says there are a number of renters who have set up payment plans through programs like Ontario Works or Ontario Disability Support Program in order to keep their budget in balance.

However, there are tenants on ODSP who game the system, Goulet said, and find workarounds in order to skip out on their rent payments.

“ODSP doesn’t work with us — they try to, but they don’t,” said Goulet.

“If we get an ODSP client who approaches us, the landlord will say they want direct payment and they’ll work with the ODSP case worker and if the client doesn’t agree to direct payment we don’t rent to them. Two months later though, the client goes to ODSP and says they want the payment redirected to themselves rather than the landlord and tells the landlord they’ve fallen on hard times. We go to ODSP and they’ll tell us that the client has the right to change and we can’t do anything about it. Ontario Works is a little better, they’ll work with us a bit more.”

Goulet says that the Landlord Tenant Board of Ontario is backed up with at least 80,000 cases, but the Ontario government recently passed third reading of a bill that will allow landlords to apply for evictions immediately for tenants who are in arrears.

“The Landlord Tenant Board is backlogged with upwards of 80,000 to 90,000 tenants across Ontario who are not paying their rent,” said Goulet. “We’ve lobbied to make changes and finally there is some change going on, but tenants have been able to get away with a year of free rent, but once this bill is passed they won’t be able to do that any more.”

While Goulet says the ideal situation is one where the landlord and tenant are able to work together to find a compromise, there are landlords out there who are unwilling to budge and can create a difficult situation for their tenants.