Newcomers buying 20 per cent of homes in Canada: survey 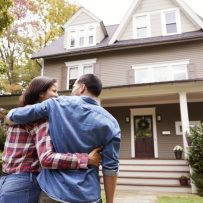 A new survey finds that newcomers are buying one in five homes in Canada.

Over the next five years, they’re expected to buy about 680,000 homes, and that’s good news for the Canadian economy and its real estate market, the survey suggests.

About 1,500 people were surveyed by Royal LePage over the summer, and all of those surveyed moved to Canada within the last decade.

That includes refugees, immigrants and students, representing 21 per cent of homebuyers in the country.

“Almost 50 per cent of new immigrants are choosing Ontario to be their destination,” explains Chris Slightham, president of Royal LePage Signature Realty.

Akaufo Agbenyega is moving his family from Scotland to Waterloo Region for a new job.

His realtor, Shawn Ramautor, says he’s dealt with more than 10 new immigrant clients over the past year and says it’s not surprising that some newcomers are choosing to buy instead of rent.

“I think rental rates have gone up over 16 per cent from the same time last year,” Ramautor says.

The summer’s survey found that about 75 per cent of newcomers arrive in Canada with enough savings to buy a home.

It also found that they live here for about three years before getting into the real estate market.

Three quarters of those surveyed also said they hadn’t considered moving to the United States instead, because they believe Canada is more welcoming.

When it comes what they’re buying, the survey found that more than half of newcomers who purchased homes went for detached houses.

Over 80 per cent stay in the region where they first settled.