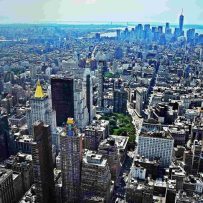 Although the gap between the two cities may not seem substantial, it indicates that in the midst of Toronto’s multi-year development boom, New York has seen a steady growth of multifamily unit construction – an indication of the city’s recovery from the housing market downturn.

“The decline and resurgence of construction in New York City is something we’ve kept a close eye on over the past five years,” said Matthew Slutsky, president and co-founder of BuzzBuzzHome. “A city’s construction numbers are a reflection of a stable and growing economy. Toronto has led in the construction sector for years, despite the fact that New York City has a population more than three times that of Toronto.”

According to our Market Snapshot tool, which measures real estate development data in over 25 markets across North America, Toronto continues to lead in units per capita, with 1.46 homes under construction in Toronto for every 100 people, vs. 0.46 for every 100 people in NYC. 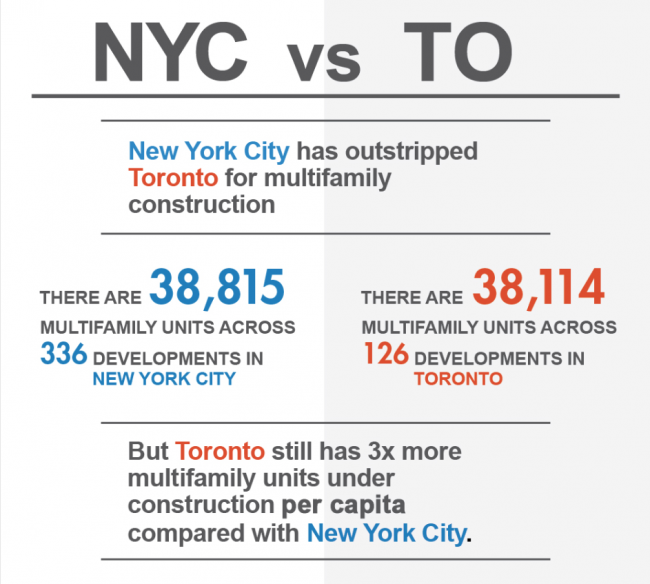 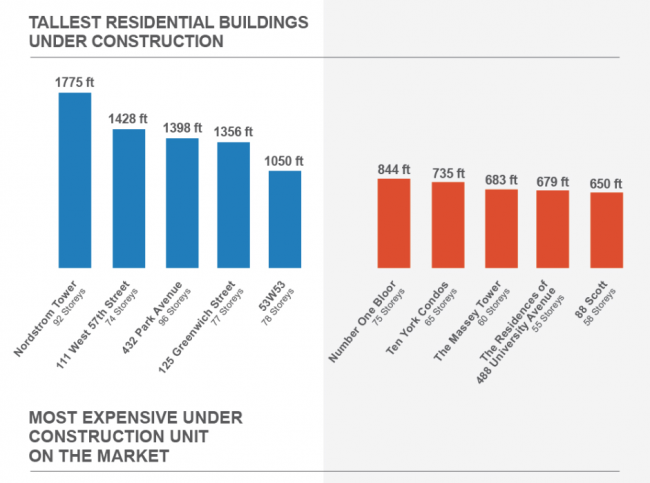 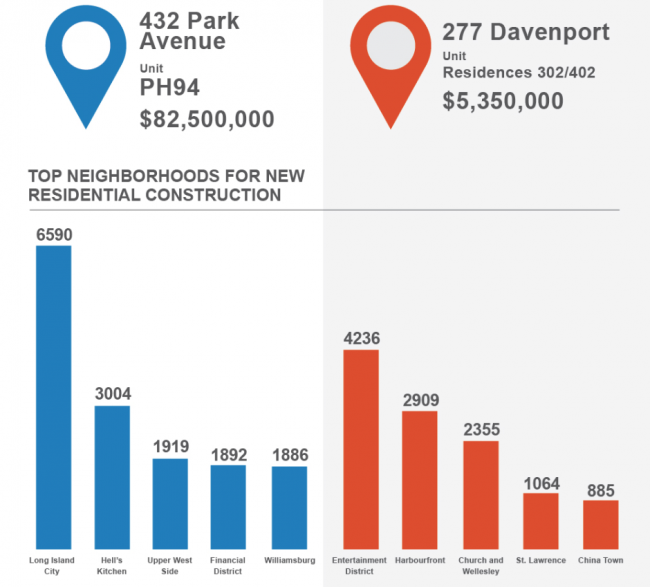