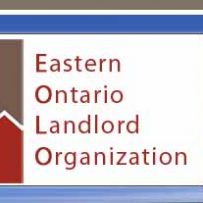 Garbage collection is quite a challenge for many landlords of both low-rise and high-rise buildings. The challenge is getting worse, and the risk of City fines or charges is getting more serious.
To promote organic re-cycling and extend the life of the landfill, City Council recently reduced curbside residual garbage collection from once every week to once every two weeks. That applies also to what is known as pad collection, which is often used in garden home complexes. (For the time being, bin collection is still every week.)
Complicating life are the weeks on which the waste collection is delayed by one day, including the week of Labour Day, Thanksgiving Day and the other statutory holidays; and the fact that for many areas of the city, the garbage collection day itself changed when the new curbside collection contracts began in November 2012.

Move-out and move-in garbage
Both low-rise and high rise buildings are affected when there are a significant number of move-outs or move-ins on a date which does not exactly align with a residual garbage collection day. That applies especially to areas with many student rentals, such as the areas around the U of O, Carleton, Algonquin or City Collegiale, or even in South Keys, where many students commute to Carleton on the O-Train.
Long-standing residents in those areas (and their City Councillors) are upset and angry about the garbage that tenants put out, whether on move-ins, move-outs or during the school terms. That anger is a real danger for landlords because, in other cities, anger at the student renters has fuelled calls for landlord licensing. In other cities, residents and Councillors have grasped at landlord licensing to seek to force landlords to control student renters more closely (or to avoid renting to students — which would be contrary to the Human Rights Code.)
EOLO has been working to address the garbage problem in Sandy Hill for six years. We have good connections with the Solid Waste Department, Bylaw Services and the Councillor and community group in Sandy Hill. Education has been the main tool used to date, including flyers setting out the garbage rules, and warning students and low-rise landlords of the fines and charges the City can levy for putting out garbage at the wrong time.

Fines against landlords
Solid Waste inspectors respond to garbage complaints during the week; Bylaw Services responds on the weekend. Until this year, fines for garbage violations were rare. However, this Labour Day weekend, the Bylaw Services responded to 17 complaints, and did issue verbal warnings, notices of violation and tickets (i.e. fines).
Two landlords of walk-up apartments in Sandy Hill were hit with fines for move-out or move-in garbage put in the wrong place at the wrong time. Other property owners had addressed the garbage violation at their property before the inspector arrived, or responded immediately to the verbal warnings or notices of violation.

Landlord action needed
All landlords should address the garbage procedures at their buildings. You should diarize the next major tenant turnover dates, and make sure you have a plan in place to inform tenants about the garbage rules and what to do with their garbage. If the garbage cannot be stored inside the building (e.g. in a garbage room or garage), then the City’s rules demand that it be placed behind the building.

For recycling bins, the City bylaw is more flexible. City staff recently proposed a change to the property standards bylaw to require all garbage and recycling containers to be kept at the back of a building, unless that cannot be done, in which case both can be kept at the side of the building. However, an outcry from suburban homeowners caused the city to backtrack on that proposal. At least for now, and contrary to what was said at the EOLO Education event on Sept 10, recycling bins can remain at the front or side of a building.

Other solutions
Many landlords are finding themselves forced to collect garbage their tenants put out on the off-week, or on the wrong day. One large landlord contracted for a garbage truck to drive around a large complex all this past Labour Day weekend to pick up the waste tenants put out.
There is no magic bullet: landlords either need to collect that garbage or to spend considerable efforts to educate and enforce compliance with the garbage rules by their tenants.
Tenants can be directed to the City website for information. At the left side of the home page for www.ottawa.ca/en, go to “Hot topics for residents” and select “Garbage and recycling collection calendar”. The Website also allows tenants or any resident to sign up for reminders of the waste collection including whether it is a day for residual waste and blue bin, or for black bin collection. Both days accept green bin collection, and yard trimmings (in season). The reminders also specifically address the delay due to statutory holidays.

The worst “solution” would be for the City to bring in landlord licensing to try to control the garbage issues, and other tenant behaviour issues such as noise. The more landlords address the garbage problem proactively, the less likely it is that the City of Ottawa will move toward licensing.
If you have to pay a garbage fine, just remember that you are not having to pay a licensing fee for each rental unit each year. Better yet, work on educating and supervising your tenants and your staff, so that the garbage is handled according to the City rules all the time, and especially each and every time a unit turns over.