National Housing Strategy a major step in the right direction 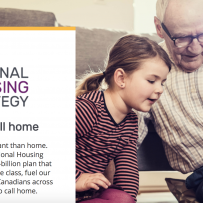 The Canadian Federation of Apartment Associations (CFAA) applauds the federal government’s plan to improve support for low-income renters in the National Housing Strategy (NHS). In particular, CFAA applauds the plan to create a new portable housing benefit for some low-income renters in the private rental housing market, which is to be called the Canada Housing Benefit. CFAA commends the federal government for adding a portable housing benefit as a necessary pillar in its policy to reduce poverty, housing need and homelessness.

The federal commitment to housing benefits is $2B, which the federal government wants the provinces to match, at the same time as they administer the program.

For more information, see the Strategy at www.placetocallhome.ca (especially at page 15).

Many other features in the NHS are also worthy of approval, including

Another feature of note is the language about a rights-based approach to housing. This appears to be a partial concession to those who wanted housing to be recognized as a human right, while also respecting the position of those opposed.

Please send comments to John Dickie, CFAA President at president@cfaa-fcapi.org, or comment directly to Prime Minister at Justin.Trudeau@parl.gc.ca or the Minister in charge of housing, Jean-Yves Duclos at Jean-Yves.Duclos@parl.gc.ca.