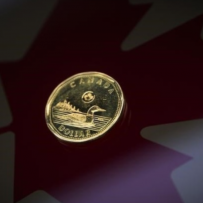 If you’re down on the Canadian economy heading into 2018, there is no shortage of challenges to feed your concern: NAFTA talks, housing market stress and record debt loads, to list just a few.

Still, the biggest risk could be “uncertainty.”

“There are plenty of risks heading into 2018, both foreign (NAFTA-related) or domestic (housing and debt), but it’s worth considering that uncertainty in-and-of-itself could be a major 2018 headwind to growth,” Frances Donald, senior economist at Manulife Asset Management, told BNN in an email.

“Uncertainty” was a key theme among all three.

Here are some of their observations:

“I would say that the number one risk for Canada, with a bullet, is NAFTA. Even if it isn’t ‘terminated,’ the associated uncertainty is doing no favours for the economy.” – Porter

“If the (NAFTA) talks just keep going on, the uncertainty itself will defer capital spending.” – Rosenberg

“I’m more focused on the impact of economic events that have already happened but are yet to be felt: two interest rate hikes, minimum wage increases and a string of new mortgage rules.” – Donald

“Number two risk is housing and just how much activity we borrowed from the future, and how far deeper the correction goes with respect to single-family home prices in the GTA.” – Rosenberg

“The big rise in the minimum wage in a few provinces may carry unintended consequences as well, for both inflation and jobs.” – Porter

What about the upside risks – the potential for the Canada to deliver an economic surprise?

“On the upside, there is the chance the combination of strong equity market and U.S. tax reform juice the U.S. economy more than expected – firing up the broader global economy as well.” – Porter

“Try as I may, I cannot think of one upside risk for 2018 – maybe a sharply higher oil price, but the geopolitical event that would lead to it would hardly be construed as anything positive.” – Rosenberg

“With so much focus on what could go wrong for Canada in 2018, my sense is that most of the bad news is already priced in. From a markets perspective, even if it isn’t a great year for the country, going long Canada may be the better trade.” – Donald