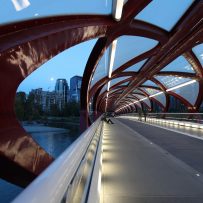 Toronto may be an economic powerhouse, but western cities in Canada are picking up speed when it comes to their share of the country’s GDP.

There’s no doubt that the country’s big metros are hotbeds for growth. Statistics Canada’s recent analysis of the 33 largest census metropolitan areas (CMAs) demonstrates the connection between population and economic activity: in 2009, the metros account for 69 per cent of the population and generated about the 72 per cent of Canadian GDP.

But the growth is largely a western story. Though Toronto was responsible for 19.6 per cent of the country’s GDP in 2001, it edged down to 18.6 per cent in 2009. Calgary and Edmonton, which together have less than half of Toronto’s population, gained close to the same amount of GDP ($62 billion versus $71 billion) between 2001 and 2009.

Out of the nine CMAs that are west of Manitoba, eight managed to increase their GDP share between 2001 and 2009. Compare that to the 24 CMAs from Ontario and the provinces east of it: only nine managed to up their share of the GDP.

Here’s a graph of how six major cities changed their share of the GDP over nine years: (Check out the interactive guide here.) 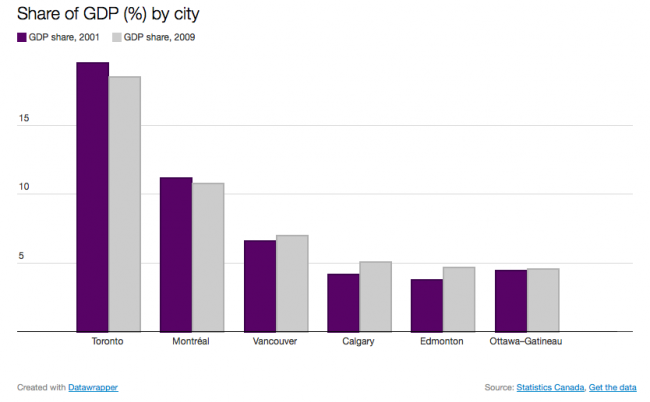