MORE THAN THREE MILLION CANADIANS BELIEVE THEY WILL BE ‘FOREVER RENTERS’, SURVEY SAYS 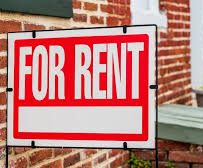 With the average cost to rent a one-bedroom apartment in Toronto at more than $2,200 a month and a two-bedroom at almost $3,000, many feel the dream of home ownership will never happen for them, according to a new survey.

In the Generation Rent survey, 1 in 10 Canadians believe they will be forever renters. That is about 3.4 million Canadians.

Of those who don’t currently own a home 19% believe they never will.

“We do place a great importance on home ownership,” said Scott Brike, the publisher of Finder.com ,a global comparison website that conducted the study.

However, the survey was conducted before the pandemic and Brike now says that renters could feel more optimistic.

Geordie Dent, Executive Director with the Federation of Metro Tenants’ Associations, said that “we are in a brutal housing market and it’s crushing a lot of people.”

Dent says investors have been buying up units in Toronto, driving up prices and that many sit empty like safety deposit boxes in the sky.

Dent says renting does make sense for many people, but that tenants should have a choice to buy a home if they want too.

“Renting is not a bad thing and should not be seen as a dirty word. It should be a choice and the big issue in Canada right now is that it’s not a choice. People have no other option” said Dent.

The survey found women felt more likely than men to be forever renters. It also found younger people are more optimistic about home ownership with 81 per cent of gen z (those between the ages of 18 24) believing they will be homeowners in the future.

“It could be that they are living at home with their parents, can try to save a down payment and they also have the gift of time,” said Birke.