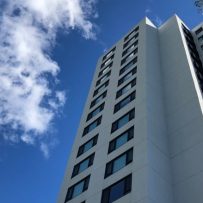 The city of Hamilton is extending its COVID-era rent bank after a recent rush of people struggling to pay their rent.

Edward John, director of housing, says the city has seen a rise in applications to the Rent Ready program, an emergency rent bank the city implemented in December to help people facing evictions during the pandemic.

The $500,000 the city allocated for that program is almost gone, John told city council at a meeting Wednesday. Now the city will allocate $1 million in unspent money from the Housing Stability Benefit program to extend the rent bank until the end of the year.

So far, 272 households have used the Rent Ready fund, John said. In the last month, there’s been such an increase that council had to make an emergency decision Wednesday.

“We do not want to pause this program,” John said. A lot of recent applicants are renting from private landlords, he said, and “we want to make sure we safeguard people’s tenancy.”

“We know that [demand] is still high and that it is absolutely, incredibly a need right now.”

For months, the pandemic inspired the province to give tenants a grace period from evictions, but that expired in June with the end of Ontario’s stay-at-home order. Some tenant advocates said then that the government needed to extend the ban.

Coun. Brad Clark (Ward 9, upper Stoney Creek) asked John for more information about the circumstances of people accessing the program, including if they lost their jobs because of COVID-19. John said he’s gathering that information for a future meeting.

“We need to continue down this road,” Clark said, “but hopefully we will have metrics as to who participated in the program.”

The increase in people applying to Rent Ready comes as the city is about to go to court to fight for its ability to dismantle tent encampments around the city.

The Hamilton Community Legal Clinic, representing five people who are homeless, will ask the court for a permanent injunction that will prevent the city from enforcing its camping bylaw. That bylaw prevents people from camping in public spaces.

The clinic has a temporary injunction, which expires Friday, saying that people can live in encampments that are fewer than six tents and at least 50 metres from a school, daycare centre or playground, and are at least 200 metres from another group of tents.

Coun. Maureen Wilson (Ward 1, west end) asked city staff Wednesday to report back on how many people living in encampments were recently evicted.