Mississauga Fifth Most Expensive City for Rentals in Canada 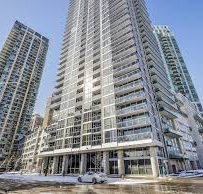 If you’re looking for an apartment in Mississauga, you might be disappointed to hear that prices haven’t dipped over the past month and that two-bedroom units have actually gotten a little more expensive (which isn’t great news for families looking for more spacious units).

But it does look like affordability is increasing a little across the country.

The recently-released Rentals.ca September 2019 Rent Report, produced by Rentals.ca and Bullpen Research & Consulting, says that average rental rates declined in Canada the second month in a row after two straight months of increases.

The report says that part of the decline can be attributed to a decline in the percentage of higher-priced condominium apartments and single-family home listings in August, and an increase in the less expensive rental apartments.

The high prices, which have been a reality for some time, are becoming increasingly more problematic for residents. In fact, a recent Canadian Rental Housing Index report indicates that 46 per cent of renter households in Mississauga spent more than 30 per cent of their income on rent.

Not unexpectedly, 10 of the top 11 cities on the list for highest monthly average rent for a one-bedroom home are in Ontario. Only Vancouver, which comes in at number 3, is in the top 11.

The report says that even though August is one of the busiest months for moving in Canada, that didn’t result in an increase in rental rates month over month, as the average rent for all property types on Rentals.ca declined by 0.7 per cent to $1,914 per month.

The report says that rental rates in Canada for all property types are up 8 per cent from the end of 2018, and that this could increase to a double-digit annual rent increase by the end of 2019.

Not all of the increase can be attributed to either more demand or a dearth of supply, according to the report. The report indicates that many landlords are renovating their buildings and recouping those investments via higher rents—something that’s sometimes referred to as a “renoviction” by tenants who cannot afford rent in the newly-upgraded unit.

But the report suggests that many tenants are seeking out more modern units with sharper upgrades.

Rentals.ca says that the significant increase in price can be partially attributed to landlords upgrading their multi-residential buildings to capitalize on renters’ willingness to pay for better amenities.

The rent report cites preliminary results of the fourth annual Canadian Multi-Res Tenant Rental Survey by Avison Young and Informa Exhibitions showing 36 per cent of tenants would pay more rent for a renovated kitchen and bathroom.

Rentals.ca says nearly 18,000 Canadian tenants responded to over 100 questions in the survey discussed at the recent Canadian Apartment Investment Conference. Fewer than half of respondents to the survey indicated they are happy with their rental unit.

“This, along with more apartment renovations, and rising rental apartment completions could result in double-digit annual rent increases in Canada for 2019,” the report reads.

It also appears that tenants are seeking out more spacious units.

The cities with the most affordable average monthly rents include Gatineau, Quebec City, Lethbridge, Saskatoon and Red Deer.

Ontario remains the most expensive market for rental apartments over the past three months with an average rent of $2.57 per square foot.