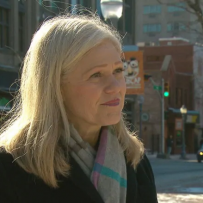 A number of southern New Brunswick mayors are ringing in the New Year by touting some of their successes during the extremely challenging year gone by and talking about their hopes and ambitious plans for 2021.

The mayors of Moncton, Dieppe and Riverview all say their municipalities broke records in 2020 for the value of building permits issued.

“We had $270 million plus in building permits,” said Moncton Mayor Dawn Arnold, calling her city the “hottest real estate market around.”

In terms of new construction projects, said Lapierre, the value was about $92 million even before the end of the year.

St. Stephen Mayor Allan MacEachern said a new 50-unit apartment building has already sold out and plans for a fifth large building are in the works.

MacEachern said the town has been advertising online to people in Ontario, and some are buying sight unseen.

The flip side to the hot real estate market has been some large increases in rents. A shortage of affordable housing has posed some of the year’s biggest challenges for civic leaders.

Dieppe’s mayor said he thinks the province needs to do something to protect consumers.

Arnold said she is “really proud” of recent funding commitments to the Rising Tide affordable housing project in Moncton.

Both Lapierre, in Dieppe, and Arnold said they think the situation is “going to balance itself out” because of all the new construction.

“I believe the market will adapt,” said Arnold.

More than 700 new housing units are about to become available in Moncton, she said.

“I think we’re going to see a lot of a lot of movement in this next year,” said Arnold.

Mayors are also hoping this is the year their wishes for municipal reforms will come true.

The province collects $47 million a year in taxes in Saint John, he said, and returns just $17 million.

“We should have the lowest taxes and be the most thriving community in all of Atlantic Canada, when you look at the makeup of our economy.”

The cities want people who live on their outskirts to shoulder a larger share of regional costs.

“It anticipated people living 50, 60, 70 kilometres away in a small community and not being in the city other than to maybe shop on a Saturday,” the mayor said.

The mayors of Rothesay and Quispamsis said their towns are open to sharing more costs with Saint John if it benefits everyone, but a collaborative approach is needed.

Rothesay saw tax base growth of more than three per cent in 2020, said Mayor Nancy Grant.

“For Riverview to get $2.3 million to put into a reserve fund makes absolutely no sense,” said Gary Clark, whose town of Quispamsis gets no grant from the province.

“It should be divvied up equally around the province to municipalities that need it,” he said.

All the mayors have expensive projects they’d like to see funded.

Some are to deal with the effects of climate change.

Saint Andrews wants to replace its wharf, which is at risk from sea level rise and storm surges. Mayor Doug Naish said community meetings are planned for later this month to decide on the design concept.

Naish said the timing is right for the project because 70 per cent of the funding for a $5 million project is available from the federal government.

Grant said Rothesay has been trying to secure funding for several years for a new wastewater treatment plant.

Fredericton is still looking for provincial funding to replace the Playhouse, which O’Brien described as essential cultural infrastructure for the provincial capital.

Hampton is vying for funding to replace the local civic centre.

A low-light of the past year was the cancellation of the town’s commuter bus service to Saint John. It was running at a deficit of over $100,000, said Mayor Ken Chorley. Only about 40 people were using it.

Naish said a pedestrian mall on Water Street helped attract staycation tourists, and the adoption of a municipal plan for the historic business district should help maintain the town’s signature seaside character for years to come.